Jonathan Swift "A Modest Proposal" assignment goes awry because everything is offensive. 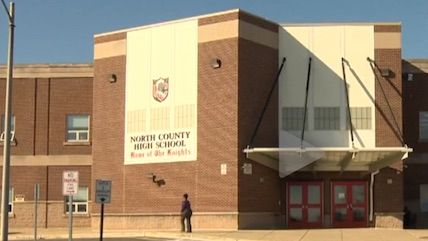 A Maryland high school student who obeyed the parameters of the assignment he was given is now facing widespread outrage because it wasn't politically correct—even though the point of the assignment was to write something inflammatory.

Here's a modest proposal: in order to protect students' rights and encourage their imaginations, let's murder all teachers and administrators. Of course, no one actually advocates such a policy (not even me—keep it civil, commenters). It's an idea inspired by satirist Jonathan Swift's famous 18th century essay, "A Modest Proposal," in which he jokingly suggested that poor Irish folk should sell their children to be eaten.

Recently, North County High School assigned students to write essays that pay homage to Swift. That seems like an inventive way to stimulate kids' creative energies while teaching them about the important literary concept of satire.

Of course, one student who actually followed through on the assignment is now an object of public scorn because his Swiftian essay suggested that black people should be deported to the Sahara Desert in order to solve U.S. racism.

This seems perfectly in keeping with the spirit of Swift, who, lest we forget, proposed the murder of children in his famous piece of satire. But other students complained, and the school district had this to say:

"The student chose a subject matter that was clearly insensitive and struck a nerve with students here and staff members here. And so, they have been meetings today where the staff has tried to allow students to express their opinions and say why they're hurt, why they're angered," said Bob Mosier, Anne Arundel County Schools.

Meanwhile, the school itself dodged criticisms along the lines of this is exactly what Swift did by noting that the famous essayist could also be credibly accused of "insensitivity":

In a letter sent home to parents, North County Principal Julie Cares said: "Just as one could argue that the content of [the original] piece was ill-advised and insensitive, such is the case with the content of the student's piece."

The student wasn't publicly identified, and it doesn't appear that he will be punished. But school authority figures should have done more than decline to punish him: they should have been on his side. The course of action they took instead—coddling the offended and making apologies to parents—suggests the school wasn't really prepared to educate anyone about satire in the first place.