Entire rail lines may shut down for six months. 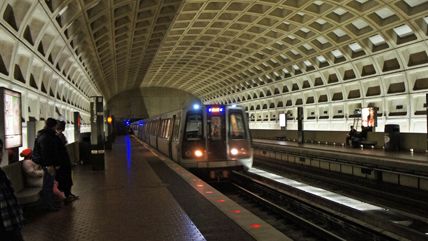 Top officials at DC Metro warned this week that entire rail lines may be shut down for six months to address safety concerns.  DC is already one of the worst cities for traffic congestion in the nation, and this new chapter in the never-ending Metro disaster comes with a request for more than $1 billion dollars in additional funding every year.

For more on the DC Metro horror-show, take a look at Reason TV's story detailing the subway systems terrible trackrecord with escalators.

Written and produced by Jim Epstein.