Prepare to hear a lot of conservatives and free market types compared to Trump. 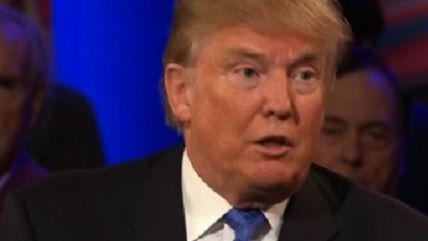 Whether you believe House Speaker Paul Ryan is a squishy Republican unworthy of the nomination, or you think he's the sort of rational conservative voice that could save the GOP from doom, there's one thing he most certainly isn't: Donald Trump. Then again, the idea that "Donald Trump is just Paul Ryan on steroids," as Matt O'Brien wrote in the Washington Post's Wonkblog, and others assert, is the kind of predictably lazy attack we should get used to for the foreseeable future. Every Republican is going to be like Trump. And this will be Trump's short-term legacy.

That's not to say there are no similarities between the two. I mean, other than trade policy, immigration policy, entitlement reform, abortion, foreign affairs, free expression and markets; and other than their tone, temperament, presentation, focus and backgrounds, there's probably some commonality we could ferret out. Of course, using that measurement, a person could just easily argue that Trump's plans have far too much in common with Hillary Clinton's.

But it still doesn't make them ideologically related.

Here is the comparison that allegedly makes Trump and Ryan the same person: they cut taxes. The billionaire casino mogul claims he'll lower taxes rates and can eliminate the nation's $19 trillion debt over the next eight years—a claim I am certain was pulled from the rarified air at Trump Tower for no particular policy reason. Trump promises to never cut Social Security, Medicare or defense spending—because you can promise anything you like when reality is no object.

But get this: Ryan also has a plan, and this one is pretty detailed (well, more detailed than any presidential candidate's) to lower tax rates across the board without cutting Social Security or Medicare for today's seniors. Ryan also promises to cut the deficit.

O'Brien reacted to Ryan's plan in Wonkblog: "Let's back up a minute, though. How does Ryan think he could pull off his own slightly less unrealistic plan? Easy: with magic. Ryan's first trick is to assume that his tax cuts wouldn't cost a thing instead of the $5.7 trillion that the Tax Policy Center says they would, since he would supposedly close enough tax loopholes to pay for them all."

If O'Brien sees Ryan's economic plan as "magic," economics must be a "sufficiently advanced technology" that he just doesn't understand, to paraphrase Sir Arthur C. Clarke. There's a special disdain among liberals—especially those of the Paul Krugman variety, which now dominates economics writing on the left—toward Ryan, whose economic assumptions regarding growth fly in the face of the core assumption of certain Wonkbloggers, namely that simplifying rates and cutting taxes would probably spur growth.

So, naturally, these writers hate the idea of dynamic scoring, which would require them to calculate and forecast the economic effects of a policy change that lowers rates to stimulate economic activity. They will claim that this measurement is unreliable (though they will mostly completely ignore it). Which is true. But it's not half as unreliable as the claims of the ideological liberal shops that the very same columnists and reporters constantly use to make their methodical-sounding arguments.

But back to Trump. Yes, his plan is unrealistic, which, on this issue at least, qualifies him to be a typical presidential candidate. For example, Clinton's ambiguous tax scheme aims to pay for an array of highly expensive utopian policies with tax hikes on the wealthy. These include closing tax loopholes like inversions (just like Trump!) and taxing carried interest income (just like Trump). Yet, however similar those two are, though, they're hardly the same. But in any event, be prepared for a slew of silly pieces from liberals claiming that all Republicans and free-market types are secretly just like Trump. Because why not?