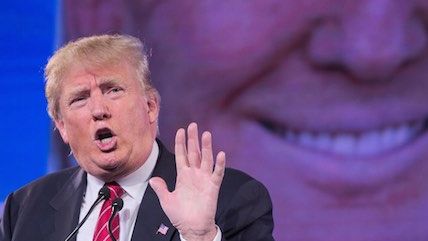 And now for the results of our final contest. After word leaked that Donald Trump's campaign manager was once arrested for walking into a Congressman's office with a loaded gun (he claimed he'd gotten his bags mixed up), we asked you to come up with a headline announcing the next surprising bit of gossip from the Trump campaign.

AND FROM THE COMMENTS:

After a Debate, Donald Treats Himself to a Warm Bath and Good Cry

Thanks for the fun!