Cruz and Sanders Win in Wisconsin 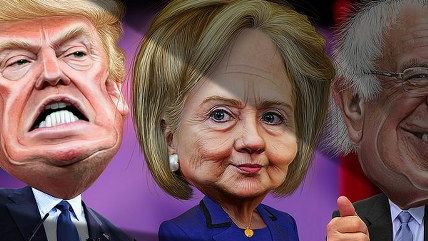 Wisconsin's primary today might be a big deal for anybody who is fascinated by the horseracy-ness of the march to the conventions. Or everybody wants us to think it's important, anyway. There are 42 Republican delegates and 86 Democratic delegates. Wisconsin has a complicated delegate system you can read about here if you like. Given that the Republican candidate needs 1,237 delegates and the Democratic candidate needs 2,383, it's not actually going to change the current standings. The big question is whether Sen. Ted Cruz would get enough delegates to make sure that Donald Trump doesn't hit that magic number and therefore guarantee a contested Republican convention.

Within 30 minutes of the polls closing, Cruz was projected the winner of the state, with Trump in second. Gov. John Kasich, the hero of a movie that exists solely in his own head, is in third.

On the Democratic side, CNN has projected that Sanders is the winner.

It so happens that Cruz and Bernie Sanders were leading in the polls, so there's going to be a lot of "What does it mean?" analysis over the two frontrunners failing to run the front in this one state. Ultimately that means a lot of analysis on how Wisconsin voters reacted to events and policy proposals and little analysis of the policies themselves (What CNN has been saying in their exit polls is that Wisconsin voters weren't terribly concerned about immigration issues but were concerned about the impacts of world trade).

Interested in anything more than simply the vote tallies? Here's some recent posts at Reason exploring candidate policies, statements, and behavior: