Brickbat: City of the Big Shoulders 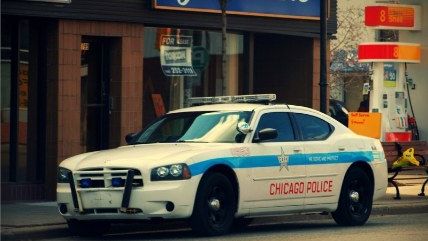 Elizabeth Harrison, 82, had to be hospitalized after Chicago cops knocked down the door to her home and demanded to know where a man she'd never heard of was. As cops were later explaining her family how to file to have the door repaired, the man they were looking for walked up and told them he lived at 126 and they'd just raided 136. The officers declined to arrest him because they had no evidence against him.