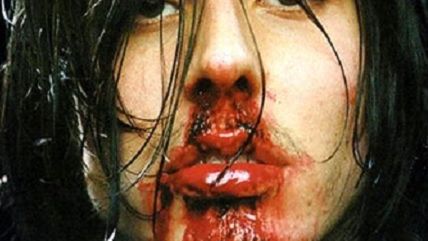 The musician and hitmaker—and one of the greatest advice columnists of all time—Andrew W.K. has announced the formation of the Party Party, which he bills as "an alternative to the divisive labeling of our current system."

You can go here for more about the Party Party's goals, which the former children's show host and creator of the epic LP I Get Wet, summarizes thus:

If enough people are willing to liberate themselves from choosing left or right, a third voice can emerge with a much more powerful message. A message that will open the eyes of our representatives and help them see that this "Us versus Them" mentality has kept our country from providing its people with a REAL sense of freedom.

In 2014, Reason TV talked with Andrew W.K. (a.k.a. as the "great unwashed rock star" and the "great god of partying") about his remarkably positive attitudes about life, liberty, and, yes, partying all the time. Take a listen. Transcript here.