What Do Terrorists Want?

Terrorism, if it to have any meaning, is a political, not a sadistic, act. 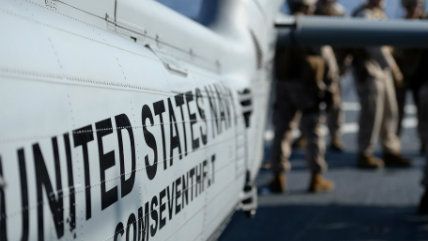 After the terrorist violence in Brussels many people, including Barack Obama, said we should not change our way of life and live in fear because that is what terrorists want. Maybe, but is that all they want? It seems that something important is left out of the story. In the classical model of terrorism, instilling fear (along with causing death and injury) is not an end in itself. It's a means to an end.

Terrorists don't necessarily get a kick out creating carnage and fear (though it is possible). Primarily they want the survivors' fear converted into action aimed at changing their government's policy. Thus terrorism, if it to have any meaning, is a political, not a sadistic, act. In the paradigm case a weak nonstate group, unable to resist a state's military or to change its policy directly, terrorizes the civilian population of that state in the hope it will demand a change in foreign or domestic policy. (Let's leave aside for this discussion that terrorism has been strategically (re)defined by the United States and its allies such that it can apply only to their adversaries, even when they attack military targets instead of civilians.)

It's not hard to fathom why the full story of terrorism is not acknowledged by officials and pundits: it would draw attention to what the U.S. government and allied states have long been doing to people in the Muslim world. Nearly all Americans seem to think it's a sheer coincidence that terrorism is most likely to be committed by people who profess some form of Islam and that the U.S. military has for decades been bombing, droning, occupying, torturing, etc. in multiple Islamic countries. Or perhaps they think U.S.-inflicted violence is just a defensive response to earlier terrorism. (I might be giving people too much credit by assuming they even know the U.S. government is doing any of this.) When the U.S. military isn't wreaking havoc directly, the U.S. government is underwriting and arming tyrants like those in Saudi Arabia, Egypt, and elsewhere. And just to complete the picture, the U.S. government fully backs the Israeli state, which has oppressed Palestinians and occupied their land for many decades.

All this is what Islamist terrorists say they seek revenge for (more here), and the U.S. government acknowledges this. (That does not excuse violence against noncombatants, of course.) But telling the full story about the terrorists' objectives might inadvertently prompt a fresh look—maybe even a reevaluation—of America's atrocious foreign policy. The ruling elite and the military-industrial complex would not want that.

Since questioning and changing U.S. foreign  policy are out of the question, the pundits and "terrorism experts" look for other ways to prevent terrorism. Unsurprisingly, everything they come up with entails violations of our civil liberties. Discussions about "profiling" are featured on cable news channels almost regularly. Should we or should we not profile? Those few who say no are accused of "political correctness," the handy put-down for anyone who is leery about violating privacy or gratuitously insulting whole classes of people.

But let's think about profiling for a moment. As acknowledged, when one hears about public, indiscriminate suicidal violence, such as occurred in Brussels, it is reasonable to wonder if the perpetrators professed some "extreme" variant of Islam. (That doesn't mean another group, say, neo-Nazis and white nationalists, couldn't be the perps, as in the case of the Oklahoma City bombing in 1995.) But since Islamists come to mind first, that might give us a clue to how to profile. As part of the profiling, why not look for links to countries the U.S. government and its allies bomb, occupy, or otherwise abuse? The media inform us that many of the terrorists in Europe first went to Syria to try to overthrow the government of Bashar al-Assad (whom the U.S. government wants overthrown), but then came home angry after NATO countries started bombing the Islamic State there and in Iraq, with the inevitable civilian casualties. In some cases Syrian nationals sneaked into Europe through Turkey.

So the perpetrators of the next terrorist act are likely to be Islamists with links to or sympathy for people terrorized by the United States and its allies—namely, in Syria, Iraq, Afghanistan, Libya, Yemen, Somalia, and Pakistan. But if that kind of profiling makes sense, wouldn't it make even more sense simply to stop inflicting violence on the Muslim world?

I guess that's too simple for our experts.