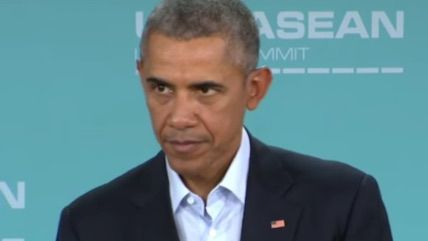 What do Sen. Chuck Schumer, D-N.Y., President Barack Obama and all the Republican presidential candidates have in common? They all want to fundamentally reform the corporate income tax. President Obama proposed cutting the corporate tax rate from 35 percent to 28 percent. Sen. Schumer wants a major reduction to taxation of corporate income abroad. Sen. Ted Cruz, R-Texas, says he would abolish the tax altogether as president—replacing it with a 16 percent business flat tax—and Donald Trump would reduce the corporate tax rate to 15 percent.

Unfortunately, nothing is happening. That's not for lack of a good reason to make this reform a priority. For several years now, the United States has had the highest corporate income tax rate in the developed world, with a national statutory corporate tax of 35 percent. The United States also has the highest combined rate (39.2 percent) when the federal rate and the average rate among the states are added. Japan used to have the highest combined rate (39.8 percent), until it got it down to 36.8 percent in April 2012.

Even such high-tax nations as France have lower rates. However, the real competition comes from Canada (26.1 percent), Denmark (25 percent), the United Kingdom (20 percent) and the many countries, such as Ireland (12.5 percent), with rates below 20 percent. Moreover, competition is intensifying. Last June, the U.K. announced that it would cut its rate from 20 percent to 18 percent in the next five years. It's now saying that it will lower the rate even further, to 17 percent. These reductions are the final stage of drastic cuts implemented since 2007, when the country's companies faced a 30 percent tax rate. That's a second wave of reduction since the rate was as high as 54 percent in the 1980s.

Now contrast this with the United States. In the 1980s, policymakers responded to the pressure put on by many countries lowering their corporate rates by decreasing America's rate from 49.7 percent to 33 percent. However, since then, the U.S. has fallen asleep on the switch (and even raised the rate by 1 percentage point in the 1990s) and is now widely out of sync with internal competition. In 2015, the average corporate rate for countries in the Organisation for Economic Co-operation and Development was 25 percent, down from 48 percent in the early 1980s.

As if that were not enough competition for American companies, the U.S. government burdens them with another layer by taxing them on a worldwide basis. In that system, income from American companies is subject to U.S. taxes whether it's earned in Seattle, Paris or Singapore. By contrast, most wealthy countries don't tax foreign business income; about half of OECD nations have "territorial" systems that tax firms only on domestic income. In other words, U.S. exporters face a much less competitive tax system than most of their biggest competitors.

American lawmakers, who are always eager to extend subsidies to exporters in the name of helping U.S. competitiveness, should think about the absurdity of the current system. In its competition with Boeing, French manufacturer Airbus faces lower rates than Boeing and is taxed on a territorial basis (at the rate in place in the country where the income is earned). Good for Airbus if it earns income in a country that has a lower corporate tax rate than France. More importantly, Airbus faces a lower rate than Boeing no matter where Boeing sells its planes if the U.S. firm decides to bring its foreign income back home.

That's right; years ago, lawmakers answered the call for reform by instead designing a loophole that helps companies avoid the heat of the U.S. rate by keeping their foreign income abroad, which is what many companies do. But sometimes that's not enough, and they simply renounce being American companies by incorporating abroad.

Not everyone would like to reduce taxes on corporations, but everyone should. The data show that most of the corporate tax burden is actually shifted to workers, who end up shouldering the tax in the form of lower wages. With the U.K. taking further measures to reduce its burden on corporations, boosting its workers' wages and inflicting yet another blow to U.S. competitiveness, Congress should do what's right by reforming the corporate tax. It may be the one bipartisan issue out there. All we need is leadership.