Donald Trump on Brussels: 'I Would Close Up Our Borders'

Halting all immigration is an extreme measure. 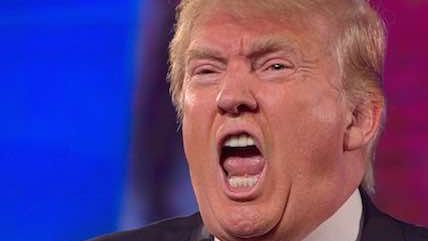 Donald Trump has renewed his call to seal off the U.S. border and halt immigration—all immigration, it seems—until such time as we "figure out what's going on."

Trump called into the Fox & Friends program on Fox News this morning to address the terrorist attack in Brussels.

"I would close up our borders to people until we figure out what's going on," he said. "We have to be very, very vigilant with who we let into this country. We are taking in people without real documentation. We don't know who they are or where they're from. We don't learn. I will tell you I've been talking about this for a long time. This whole thing will get worse as time goes by."

Trump has already proposed a travel ban for all foreign-born Muslims who want to come to the U.S. It isn't totally clear if Trump is merely doubling down on that position, or broadening it to include all immigrants, from anywhere. A total immigration ban would be a logistical nightmare, according to The Washington Post:

The closest thing to the latter we've seen in recent history was the grounding of flights after 9/11—a temporary measure narrowly focused on the precise type of threat that had been presented. Beyond that, and beyond laws in the early 20th Century limiting particular types of immigration, we've never seen an incident in which the country halted all migratory traffic. (Which, of course, would be a logistical challenge of enormous scale.)

It would also be profoundly illiberal and brazenly authoritarian to punish millions of non-threatening immigrants because of the crimes of a few. Trump wrote on Twitter that the U.S. must be "vigilant and smart," if it wants to prevent the kinds of attacks that have rocked Paris and Brussels. But halting all immigration is neither vigilant, nor smart: it would be a reactionary, counter-productive course of action that increases the power of the government to disrupt the lives of ordinary, peaceful people.