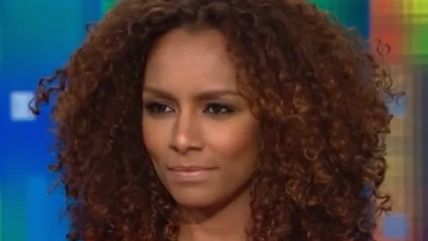 Janet Mock, a black transgender activist and author, cancelled an upcoming appearance at Brown University after leftist students protested her decision to speak.

The students didn't object to Mock: rather, they disagreed with the venue—Hillel, a Jewish organization.

"Hillel as a corporation has consistently defended and even advocated for the Israeli state's policies of occupation and racial apartheid," Brown University students wrote in a petition to Mock urging her to reject the Jewish group's invitation. "Israel's violent policies center on colonialism, ethnic cleansing, and genocide of native Palestinians."

The students urged Mock to speak on campus at some other event, disconnected from Hillel. Instead, she chose to cancel her appearance entirely. A spokesperson for Mock lamented that she "was received with controversy and resistance rather than open dialogue and discussion."

Still, the episode reveals something interesting about intersectionality, if nothing else. You can be black, transgender, and pro-gay, but if you're affiliated with a Jewish group, you can still expect protesters.

Of course, Jewish groups do plenty of censoring of their own.