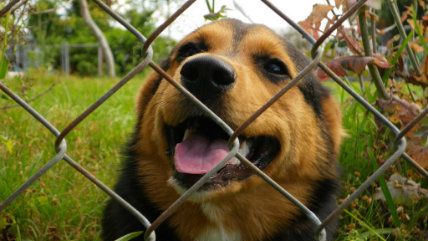 A West Virginia jury took about 30 minutes to acquit Tiffanie Hupp of obstructing a police officer. A state trooper had responded to her home after a report of an argument between neighbors. As he walked towards her house, he was approached by her dog, which was on a chain and in Hupp's yard. The trooper drew his gun and pointed it towards the dog. That's when Hupp jumped in front of the dog. The trooper threw her to the ground and arrested her.