Why is the death rate for young white Americans rising?

Ronald Bailey | From the April 2016 issue 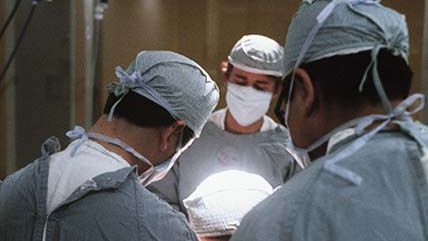 When a Princeton University study released last fall found that the mortality rate for midlife non-Hispanic whites is rising, my thoughts turned immediately to McDowell County, West Virginia. My family hails from that county, which is known for having the lowest male life expectancy in the United States. (Female life expectancy is only the second lowest in the country, at 73 years; the lowest is found in nearby Perry County, Kentucky.) Men in McDowell County live an average of 63.9 years, compared to a national average of 76.3. In Fairfax County, Virginia, the average American male's lifespan is 81.7 years—nearly 18 years more than in McDowell.

During the post-World War II coal boom, the population of McDowell County swelled to nearly 100,000. (My father's family decamped from coal country to dairy farming in Virginia around that time.) The county's population, which is about 90 percent white, has since dropped to just over 20,000 today. Fewer than 6 percent of residents have college degrees, and the annual per capita income is $14,000. By comparison, some 30 percent of Americans over age 25 have bachelor's degrees or above, and per capita annual income stands at $28,000 nationally.

U.S. mortality rates have been steadily declining and average life expectancy increasing for well over a century. So the discovery that the death rate for middle-aged white Americans began rising around 1999 is alarming. The increase is accounted for entirely by those with a high school degree or less. The 2013 mortality rates for midlife whites with that level of educational attainment was 736 per 100,000; for those with some college education it was 288 per 100,000; for whites with a B.A. or higher their death rate stood at 178 per 100,000. In other words, whites who have only a high school degree or less are four times more likely to die between ages 45 and 54 than are college-educated whites. For comparison, the overall death rate for midlife black non-Hispanics is 582 per 100,000, and for Hispanics, it is 270 per 100,000. In January, Columbia University researchers reported the white midlife death rate increase was actually a bit lower than originally calculated.

Rising death rates among white Americans is not confined to midlife, according to Robert Anderson, chief of the Mortality Statistics Branch at the Centers for Disease Control and Prevention (CDC) National Center for Health Statistics. The mortality rate for the cohort of non-Hispanic white Americans between the ages of 25 and 34 has risen from 90 per 100,000 in 2000 to 115 per 100,000 in 2014. This is a reversal of the trend for that group, which saw its mortality rate fall by 28 per 100,000 from 1980 to 2000.

The CDC has not disaggregated the mortality trends in these younger white cohorts by educational attainment yet. "I know better than to speculate in advance of the data," says Anne Case, who along with Nobel laureate Angus Deaton conducted the Princeton study. Case and her colleagues plan to conduct an analysis of the mortality data from the younger cohorts and publish their findings later this year.

As it happens, McDowell County has a mortality rate of 861 per 100,000 persons. That's higher than every jurisdiction in the U.S. except two counties in South Dakota that lie entirely within Indian reservations (which is in itself a sad and appalling situation). The lowest mortality rate in the country is found in Pitkin County, Colorado, home to Aspen, where it stands at 118 per 100,000. Nearly 57 percent of Pitkin County residents have bachelor's degrees or above, and per capita income there is just shy of $52,000 per year.

Case and Deaton report that nearly two-thirds of the increase in the white midlife death rate is the result of drug overdosing. Most of the rest is attributed to increases in suicide and in chronic liver diseases like alcoholic cirrhosis. The death rates in 2013 for midlife whites with a high school education or less, from drug poisoning, suicide, and cirrhosis, were 58, 39, and 39 per 100,000, respectively. The comparable rates for college-educated whites were 8, 16, and 7 per 100,000, respectively.

CDC data show that mortality rates are higher the farther one gets from a central metropolitan area, and that the gap between urban and rural whites has been widening since 2000. Seventy-eight percent of the 465 counties in which 20 percent or more of the working-age population (adults ages 25 to 64) lacks a high school diploma or equivalent are located in non-metro areas. Only 18 percent of working age adults in rural areas have at least a 4-year college degree, compared to 32 percent in urban areas. The unemployment rate for people with less than a high school education is three times higher than for those with a college education.

"Something profound is going on," says Case, who also found rising reports of ill health, both mental and physical. "We need to focus on what is causing people so much distress."

In 2010, Oregon State University economist Bruce Weber pointed out that "persistent poverty is largely a rural phenomenon." In fact, 95 percent of the nearly 400 counties that have experienced persistent poverty over the past half-century—those that have sustained poverty rates higher than 20 percent—are rural. In their 2006 book The Geography of American Poverty: Is There a Need for Place-Based Policies? economists Mark Partridge and Dan Rickman argue that location-based policies aimed at poor counties, such as providing tax credits for newly created jobs and income subsidies for low-wage workers, could help to revive fading rural communities.

Others counter that if the resources that once sustained a place are no longer valuable, we shouldn't try to keep people and businesses there. In their 2003 paper, "Economic Rationales For and Against Place-Based Policies," Iowa State University economists David Kraybill and Maureen Kilkenny observed, "The provision of subsidies to induce people to stay in that place delays the inevitable. At worst, such subsidies effectively retain the kinds of people who are the least able to adjust, ultimately, to market forces." They add, "It does no good to retain (or attract) people in places that are too costly for most businesses, which cannot sustain economic activity. That turns the place into a poverty trap."

The history of food stamps in McDowell County may provide one clue as to why the death rate for poor rural whites is rising. Perhaps dependence on the paltry alms doled out by the welfare state encourages recipients to stay out in the boondocks where they have few opportunities for improving their lives. Not being as cautious about speculation as Case, I'll guess that lots of poor rural whites have come to believe the modern world is leaving them behind and are seeking solace in mind-numbing substances and suicide. Bribing people to stay poor can kill them.