Want to know what North American magic was like in the Potter universe? Activists say you shouldn't. 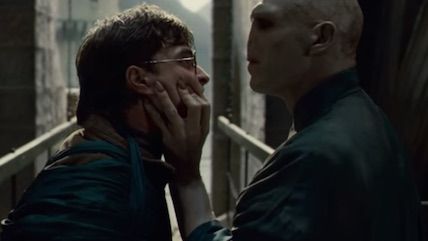 This story might make you want to point a wand at your computer screen and shout Avada Kedavra: Harry Potter author J.K. Rowling has come under fire for appropriating Native American culture in recently released stories that build on the mythology she created.

Some background: the Harry Potter novels take place in Great Britain, and provide scant details regarding magical life outside of Europe. But now Rowling has begun releasing short stories on her website, Pottermore, that expand the scope of her books by providing information about wizarding communities in other parts of the world.

A recent entry examined the history of magic in North America. Rowling drew on Native American legends, practices, and cultural beliefs to accomplish this, which is hardly surprising. The British witches and wizards of the Harry Potter universe are similarly inspired by real-world depictions of witches and wizards in European stories.

Is something wrong with this? No. There is an entire genre of fiction, in fact, built around "secret histories," where authors use real historical events or legends but retell them with revisionist or fantastical elements.

But Rowling has run afoul of the people who shout "cultural appropriation" whenever someone borrows from an ethnic tradition to which they do not belong. As was the case with Renee Bierbaum—the yoga instructor who was shut down by the county government after a Native American activist accused her of culture theft—a militant defender of Native traditions is asserting that Rowling is taking "a living tradition of a marginalized people."

"That's straight up colonialism/appropriation," wrote Dr. Adrienne Keene, an academic and member of the Cherokee Nation, on Twitter.

I had a long phone call with one of my friends/mentors today, who is Navajo, asking her about the concepts Rowling is drawing upon here, and discussing how to best talk about this in a culturally appropriate way that can help you (the reader, and maybe Rowling) understand the depths to the harm this causes, while not crossing boundaries and taboos of culture. What did I decide? That you don't need to know. It's not for you to know. I am performing a refusal.

In Keene's mind, not only are non-Natives forbidden from adapting Native stories, but they should be kept in the dark about their ignorance!

Rowling noted on Twitter that she was only explaining Native American magical traditions in the context of her world, to which Keene responded, "It's not 'your' world. It's our (real) Native world."

Keep in mind: they're arguing over the details of a story that features a magic boy who talks to snakes and rides a broomstick and battles dragons.

It would be one thing if Rowling's depictions of Native Americans were offensive, or racist. But merely drawing inspiration from Native American culture is not the same thing as marginalizing it.