Reason Staff | From the March 2016 issue 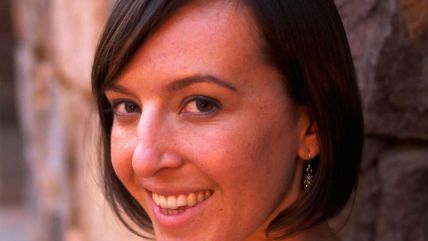 In "Barcelona's Pot Boom and Bust," Malia Politzer examines a creative workaround to laws making the sale of marijuana illegal in Catalonia (page 34). "I find drug policy, in general, both fascinating and problematic," she says, "and have been following the U.S.'s stuttering steps toward decriminalization. So when I stumbled upon the cannabis social club model, I thought it was an interesting counterpoint to what's going on in the U.S." Politzer, 32, recently completed a fellowship with the Institute of Current World Affairs in India and Spain. Her writing for the Phoenix New Times earned her multiple awards from the Arizona Press Club in 2009 and 2010.

New York University sociologist Harvey Molotch studies urban issues as well as product design and development. "I come from an objects family," he explains. "On my father's side, appliance stores. On my mother's, Baltimore's Oldsmobile dealer." He says the scholarship of "stuff" comes "a bit compulsively"; one of his favorite pastimes is "to walk around foreign cities and look through hardware stores trying to figure out what things are used for." On page 63, Molotch, 76, reviews Greg Ip's Foolproof: Why Safety Can Be Dangerous and How Danger Makes Us Safe ("When Safety Measures Make Us Unsafe").

Jay Kinney, 65, used to write and draw "underground comix," founding Anarchy Comics in 1978. "We were trying to push the comic art form to the limit," he says, "resisting attempts at censorship and control from both the left and right, and embracing the freedom to entertain and express ourselves without worrying too much about our work's commercial potential." He also has a long history of writing about both religion and politics. "Reds and Feds" (page 66) is his review of Heavy Radicals: The FBI's Secret War on America's Maoists, which looks back at the FBI's surveillance of the supporters of Chinese-style socialism.