The Martian is Up for Seven Academy Awards Tonight

We spoke with author Andy Weir in September. 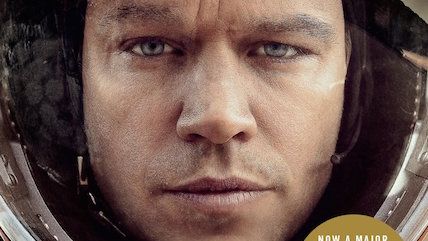 Whether or not you consider it a comedy, it's undeniable that the Ridley Scott-helmed, sci-fi rescue story The Martian has been raking in awards.  Tonight the film is up for seven Oscars, including Best Picture, Best Writing, and Best Performance by an Actor in a Leading Role.

Reason TV's Zach Weissmueller sat down with Andy Weir, author of the best-selling novel that spawned the film, to talk about his amazing journey from computer programming, the challenges of writing a scientifically accurate space novel, and his thoughts on the future of real-life space travel.