Obama's Budget Is a Tax-and-Spend Travesty

The president wrongly believes government spending will grow the economy. 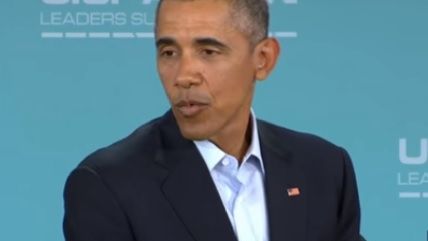 President Obama recently released his last budget, laying out his priorities and proposals for FY2017 and the years to come. Not surprisingly, it's a tax-and-spend budget that not only does nothing to get us off the unsustainable financial path we're on, but also it claims that more taxes and spending will grow the economy.

According to Congressional Quarterly, the president's budget should be called the "Do Nothing Budget." It's a good name, if we consider that it doesn't do anything to address the explosion of the debt and the growth in spending for Medicare, Medicaid, Affordable Care Act subsidies, and Social Security.

Even though it's not going to happen, let's assume that the president gets his way on the tax, spend, and economic growth front. According to his baseline budget, debt held by the public will go from $14.7 trillion in 2017 to $21.3 trillion in 2026. Deficits will grow $503 billion in 2017, but they will be up to $793 billion in 2026. As a share of the economy (even though the president's GDP numbers are likely to be lower than stated in the document), the debt stabilizes at 75 percent. Yet, that's nothing to brag about since it remains the highest it's been in our nation's history with the exception of World War II.

And while the debt went back down after the war, I wouldn't count on that ever happening on our current spending trajectory. For one thing, the debt levels in the '40s were the product of significant increases in war spending and other factors, and thus they naturally went down after the war. Spending today is not projected to go down anytime soon. In fact, it's projected to explode. In other words, unless we get a major breakthrough in technology or a life-altering discovery (which could happen, of course), I wouldn't count on post-WWII growth levels.

The president's increase in debt and deficit is happening in spite of his dream of large revenue collections over the next decade—from $3,644 billion in 2017 (18.9 percent of GDP) to $5,669 billion in 2026 (20 percent of GDP). Historically, revenue as a share of the economy has averaged 17.4 percent and the government hasn't been able to maintain its tax collection above 19 percent for more than a couple of years at a time.

Under the current tax system, the president won't be able to collect that much revenue, but it's still worth looking at how he would like to overtax us. The budget would increase the cigarette tax and the tax on barrels of oil. It would increase the estate tax. It would slap an additional fee on financial institutions and implement a "Buffet tax." It would also raise taxes on some "wealthy business owners" to help delay—not fix—the projected insolvency of Medicare's hospital trust fund.

It would also reform the corporate income-tax system, with the condition that Uncle Sam will cash out and tax income earned abroad. His repatriation proposal would impose a one-time 14 percent tax on $2.1 trillion worth of tax-deferred offshore corporate profits.

But please don't worry about the debt, deficit, spending, and taxes, because—according to the president's budget—the economy will continue to grow at current rate levels without any recessions. This, too, is unlikely, since the country tends to go into recession every five to six years.

Republicans in Congress have already announced that this budget was dead on arrival. Unfortunately, their own budget will likely keep the bloated spending limits agreed upon during the last spending spree of 2015 and only have the relative merit of driving us into the debt wall at a slower speed than the president's budget.