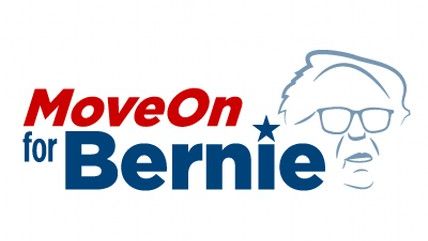 MoveOn, the federal political action committee (PAC) "focused on running powerful progressive advocacy campaigns" wants Democratic Party superdelegates to "follow the will of Democratic voters and caucus-goers" and pledge to back the candidate with "the most votes" at this July's Democratic National Convention.

The PAC endorsed Sen. Bernie Sanders (I-Vt.) for president in January and announced its new campaign yesterday via a petition on its website. At the time this post was published, it had received more than 80,000 signatures.

MoveOn also intends to track the commitments of the 712 superdelegates (a group comprised of sitting congresspeople, governors, and other party elites) and that it is "prepared to launch accountability campaigns focused on any superdelegates who argue that insiders rather than voters should choose the nominee."

MoveOn Politcal Action Executive Director Ilya Sheyman said in a press release, "The party's base simply will not tolerate any anti-democratic efforts by superdelegates to thwart the will of the people" and that the process which allows a well-placed party official's preference to count for as many as 10,000 individual votes in determining the nomination is "undemocratic and fundamentally unfair to Democratic primary voters."

As I noted last week, Bernie Sanders has a superdelegate problem, with the current tally running 355-14 (with 341 uncommitted) in favor of former Secretary of State Hillary Clinton (D-NY) over her only rival for the Democratic nomination for president.

Paste's Shane Ryan argues that those who have been taking note of this substantial lead in favor of the Democratic Party establishment's clearly preferred candidate are peddling "bullshit" meant to "discourage, dismay, and dishearten" ecstatic Bernie Sanders supporters in the wake of his landslide victory in the New Hampshire primary.

Though Ryan offers a thorough explanation of the whole superdelegate phenomenon, the only evidence he offers to support his belief that superdelegates couldn't possibly tip the nomination in favor of Clinton is this:

Superdelegates have never decided a Democratic nomination. It would be insane, even by the corrupt standards of the Democratic National Committee, if a small group of party elites went against the will of the people to choose the presidential nominee.

That line of thinking assumes 2016 will be like 2008, when then-Sen. Barack Obama (D-Il.) won 133 more primary delegates than Clintion, even though Clinton held a substantial (though not nearly as large as this year) lead in pledged superdelegates during most of the campaign.

But what happens if this year's "will of the voters" is not as clear as it was in 2008, when a sizable number of pledged or uncomitted superdelegates went with Obama once the delegate math seemed to be indicating his victory? If going strictly by the popular vote, the "will of the voters" of 2008 is even more difficult to pin down, due to a number of complicating factors such as the party's decision to penalize Michigan and Florida with "half-votes" for holding primaries on earlier dates than they were instructed to.

Come convention time, it's not inconceivable that Sanders and Clinton could wind up separated by a handful of delegates and just 1% of the popular vote, as was the case in the recent Iowa caucuses. If such a scenario were to occur, would the establishment whose support has been cultivated by the Clintons for decades flip to the socialist senator who is not even an official member of the party?

Questioning Sanders' electability has probably been the most frequently-deployed tactic used by Clinton loyalists against the Vermont outsider. Just today on MSNBC, former Pennsylvania Gov. Ed Rendell said, "I think the superdelegates who cast their vote based on electability have serious doubts whether Bernie Sanders could be electable once the GOP starts campaigning against him and putting ads against him."

For an idea of how an air-tight finish between the two Democratic hopefuls might play out, look back at what Clinton wrote to undeclared superdelegates in May 2008:

Recent polls and election results show a clear trend: I am ahead in states that have been critical to victory in the past two elections. From Ohio, to Pennsylvania, to West Virginia and beyond, the results of recent primaries in battleground states show that I have strong support from the regions and demographics Democrats need to take back the White House…

And nearly all independent analyses show that I am in a stronger position to win the Electoral College, primarily because I lead Senator McCain in Florida and Ohio.

Swap the words "Senator McCain" and replace then with "Donald Trump" or "Senator Cruz" and you have your late-stage campaign Hillary Clinton selling point: I do well in battleground states and you'd be insane to pledge support for Bernie Sanders.