Young women are feeling the Bern, and it's making older feminists apoplectic. 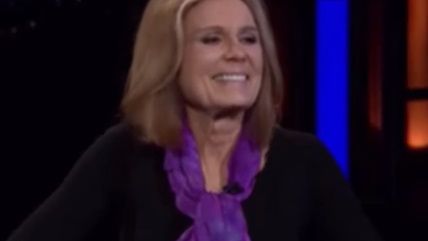 Feminist author Gloria Steinem had some curiously gendered things to say about women during a recent appearance on Real Time with Bill Maher: she accused young females of being insufficiently radical and only interested in Bernie Sanders because "the boys are with Bernie."

"When you're young, you're thinking, 'where are the boys?'" said Steinem. "The boys are with Bernie."

Steinem, a devout supporter of Hillary Clinton, is one of several older feminists who have made disparaging remarks lately about young women—a demographic Sanders is handily winning, despite a misleading media narrative suggesting that the independent socialist's enthusiastic social media army (the "Bernie Bros") alienates female voters. Former Secretary of State Madeleine Albright recently appeared at a rally for Clinton where she all but accused young women of betraying their gender.

"There's a special place in hell for women who don't help each other!" said Albright.

And Madeleine Kunin, the former governor of Vermont, penned an op-ed for The Boston Globe that attempted to portray Sanders—who ran against her as an independent in 1986—as callously dismissive of women's issues, even though she has little evidence to support the charge.

Why have so many young women reached a different conclusion? No, it's not because they're trying to meet guys, as Steinem suggested. Instead, perhaps the fact that Clinton is manifestly corrupt, more pro-war than Sanders, and not as supportive of women as she pretends to be, matters more to most women than it does to Steinem, Albright, and Kunin. While some voters would certainly like to elect the first female president, they don't want to elect an evil one.