Hundreds of parents rally for change. 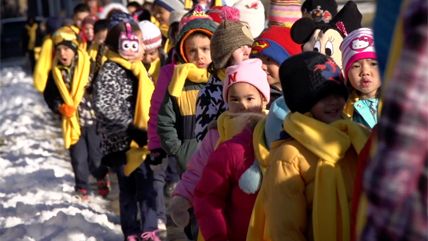 Hundreds of restless parents and kids rallied outside Nebraska's state capitol last week to widen the options their state's public school system . Nebraska is one of seven states with no charter schools, no vouchers, nor any other publicly funded alternatives—and it's been this way for a while.

"For four years now I've had a bill that would give [Nebraskans] choice," said State Senator Bob Krist, "this year it's back up again."

Krist's bill, LB26, is waiting on the Revenue Committee's approval to move forward. If passed it would incentivize donors to create private school scholarships for low-income students by providing a tax credit. However, the legislature has killed previous school reform bills before, such as last year's LB616, that would have created a charter school program in Omaha.

Joshua Swain was producer for “Stossel on Reason.” Prior to his current position, he was a producer for Reason TV. A Virginia native, he attended George Mason University and currently lives in New York.