Director Michael Bay at what might be his best in a tale of dismal political ineptitude. 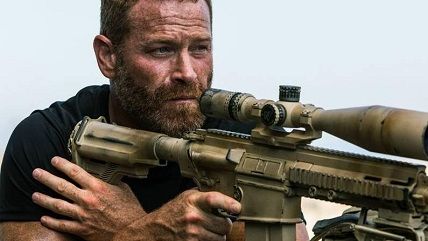 Haters of Hillary Clinton may be disappointed to find that there's no mention of the former secretary of state in Michael Bay's new movie about the 2012 Benghazi attack that left U.S. Libyan ambassador Chris Stevens dead and ignited a Congressional uproar that continues to this very moment. But Clinton's State Department is a silent presence throughout the film, failing to provide support to a group of CIA and diplomatic personnel trapped by Islamist attackers. There's no overt finger-pointing, but then none is really necessary.

Like the 2014 book on which it's based, by Boston University journalism professor Mitchell Zuckoff, 13 Hours: The Secret Soldiers of Benghazi sets politics aside to focus on the heroism of six security contractors who voluntarily joined the battle to save their imperiled fellow Americans. It's an all-out action movie that plays to the strengths of director Bay, who's best-known, and widely reviled, for his Transformers franchise. Bay's facility with gunfire and explosions is on generous display, but his sleekly edited mix of hand-held camera work and elegant crane and helicopter shots is an impressive demonstration of his skill as a filmmaker. The movie doesn't rise to the level of Zero Dark Thirty or American Sniper—it's short on character exploration, among other things—but it's more than run-of-the-mill action fodder.

The story is set in 2012. In the wake of Libya's collapse following the killing of dictator Muammar Gaddafi, the country has become a festering nest of terrorists—"one of the most dangerous places on Earth," the movie tells us. As instability mounts, several Western countries have been pulling their diplomatic personnel out of Libya. But 400 miles away from the capital city of Tripoli, a small U.S. compound remains in operation. Washington has denied this outpost any increase in security measures, so when Ansar al-Sharia terrorists begin moving in, the compound has little to deploy in the way of defense.

Bay creates a powerful sense of pinned-down desperation. The defenders are constrained by rules of engagement that prohibit firing on anyone without a weapon actually in his hand; but with their state-of-the-art machine guns and night-vision sniper-scopes, they manage to mow down a sizeable number of marauders. When the compound is set afire, though (and Ambassador Stevens is felled by smoke inhalation), they're forced to round up as many of the diplomatic staffers as they can and pull back to the CIA station. There the terrorist assault continues, and we see palm trees in flame, vehicles blasted to pieces, and occasional camera angles following behind rocket-propelled grenades as they hurtle down to hit their targets. All of this recalls the siege of the Alamo, which is probably intentional.

There's a lot of real excitement here, and the movie puts us squarely on the side of the besieged Americans, who've been semi-abandoned by their overseers in faraway Washington. ("I called for support," one diplomatic staffer says. "It never came."). However, some of the six security heroes—burly, bearded and gleaming with sweat—make little individual impression: they're essentially interchangeable. And since the picture runs nearly two and a half hours, even the best of the well-staged action sequences are undermined, after a while, by a growing monotony. It must also be noted that the version of events presented here was provided to book author Zuckoff by the surviving security men, and has been challenged in predictable quarters.

More of a problem is the movie's lack of narrative rhythm: Bay continually jacks the action up for maximum impact, and then leaves it at that level. There are occasional reflective interludes in which the men relate their feelings for their families back home, but the unblushing sentimentality of these scenes feels manipulative. In addition, the question of why these battle-hardened mercenaries keep signing up to return to this blighted place is never addressed. But then, nor is the question of why U.S. involvement in the Libyan quagmire was felt to be necessary in the first place. Maybe Hillary should have put in an appearance.