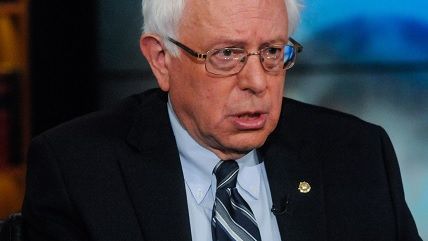 The editors of Wikipedia, the Internet's largest free encyclopedia, often work to include as many images as they can without running afoul of copyright laws. That's accomplished through the use of public domain images, user-generated images uploaded to the site, and applying the fair use doctrine.

Lawyers for Bernie Sanders' insist the encyclopedia has run afoul of copyright law by using images of various Bernie Sanders campaign paraphernalia in articles about Sanders and his presidential campaign.

"We also contacted the attorneys representing the Bernie Sanders campaign to discuss the issue, and they asked that WMF carry out a takedown in compliance with the DMCA rather than work with the community to update the licensing information or allow the images," wrote Wikimedia community manager James Alexander on a discussion page about the Sanders DMCA notices.

Observers have noted that it's debatable whether logos qualify for copyright protection at all. Even if they do, Wikipedia commentary about a political campaign seems like a crystal-clear example of fair use. Most of all, it's unclear why Sanders' lawyers think that removing their logos from a nonprofit site like Wikipedia would help the campaign.

Several logos were removed, including the "Feel The Bern" car magnet… which is sold for $10 at the berniesanders.com store. The takedown was publicized yesterday on Twitter by the Lumen Database (formerly Chilling Effects) and first noticed by Techdirt.

Ars Technica also reports that the DMCA notice wasn't the work of an overzealous volunteer attorney, but rather someone from the same firm that represented Sanders in his lawsuit against the Democratic National Committee.

Copyright hasn't been an issue on the campaign trail until now. What a rotten way to start, but maybe there's a candidate who supports copyright reform and could use the Sanders campaign's actions as a starting point for a broader discussion.