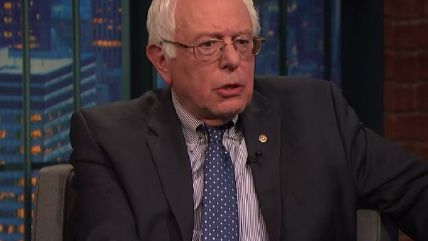 Democratic presidential candidate Bernie Sanders would cap ATM withdrawal fees at $2 if elected president, he said in a speech Tuesday. Later, he tweeted:

In my view, it is unacceptable that Americans are paying a $5 fee each time they go to the ATM.

Privately-owned ATMs probably aren't charging convenience fees out of spite—they charge the fees because it costs a certain amount of money to maintain the service. Capping them would prompt ATMs to make up the money some other way, either by charging customers more for other features or by cutting services. Note that this isn't theoretical: federal banking regulation of interchange fees prompted many banks to scale back on free checking and rewards programs that largely benefitted poor people.

But don't expect a candidate who believes Americans should be limited to just a few kinds of deodorants and sneakers to grasp that.