Ballot box is the wrong place to debate drug-price intricacies, in California or anywhere else. 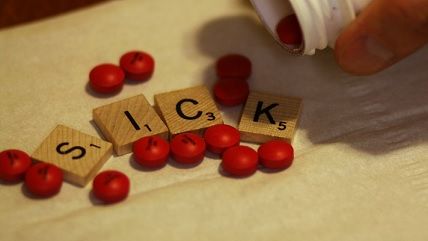 The California state legislature has a habit of legislating by anecdote. Assembly members or senators may have a bad experience at a state agency or with private industry and they write a bill to address it. Often, legislators offer proposals based on the latest news cycle. Ultimately there are hearings, a long vetting process and the silliest stuff usually fades away.

Unfortunately, the same anecdotal approach is infecting the initiative process, as shown by a measure that recently qualified for the ballot. Called the California Drug Price Relief Act, the measure, slated for the November 2016 general-election ballot, would impose strict price controls on the prescription drugs purchased by the state government.

Reports suggest it would affect drug purchases for around 5 million people, ranging from some Medi-Cal recipients to retired government employees. The initiative would tie the price of state-purchased prescription drugs to the price paid by the U.S. Department of Veterans Affairs. Backers of the proposal tout it with populist rhetoric.

"Excessively priced drugs continue to be an unnecessary burden on California taxpayers that ultimately results in cuts to health care services and providers for people in need," according to the initiative's findings. "Inflated drug pricing has led to drug companies lavishing excessive pay on their executives."

Although the initiative doesn't mention it specifically, there is an anecdote driving the movement for price controls. A New York pharmaceutical company, run by a flamboyant young executive, purchased an HIV drug for $55 million – then raised the per-pill price from $13.50 to $750. It sparked a backlash and condemnation from presidential candidates and others.

Initiative backers claim that national prescription-drug spending has increased more than 800 percent in the last 23 years – and that spending on specialty medications has gone up by more than 23 percent last year. Of course, spending and price increases are not always the same thing. One possible reason there's so much more spending on specialty drugs is that manufacturers have come up with so many more of them to spend on, but it taps into real concern about rising drug prices.

Critics make some obvious points. Is it wise to let officials at one (often-troubled) government agency determine the price of such important products? The initiative would create an incentive for drug companies to hike the prices they charge the VA given it would have a ripple effect. State officials told Southern California Public Radio that they even don't always know what the VA pays for drugs, which is the equivalent of leaving it up to the Wizard of Oz.

"Drug price controls would stifle the introduction of valuable new drugs, because innovators will spend less pursuing new drugs if they expect to earn fewer rewards from discovering them," wrote University of Southern California pharmacy professor Darius Lakdawalla in The New York Times. Drug prices would fall by 20 percent, "but innovation would fall by even more. Patients would see their lives cut short by delayed or absent drug launches."

Other countries, such as Canada, have price controls. But they become what economists call "free riders," by living off of the innovation paid for by consumers elsewhere. As Reason points out, the price of generic drugs has been falling, even though the price of brand-name prescription drugs have been rising. The magazine calls for speeding up the FDA approval process, and encouraging more competition, which is why competitive non-name-brand drug prices are falling. That's a more nuanced argument unlikely to make it into anyone's campaign ads.

Consumers pay more directly for their drugs than for other medical services, which some say is sparking the outrage even if pharmaceuticals are an overall small share of health spending. Consumers don't see the investment and risk that goes into developing experimental treatments. Navigating the regulatory regimen is "hugely expensive," said Ian Adams, Sacramento director of the R Street Institute, a right-of-center think tank. This is "some of the most sophisticated science going on in the world" and researchers don't know if any investment will pay off.

Last session, legislators introduced AB 463, which would have required drug companies to detail the profits and expenses on the development of all treatments that cost more than $10,000. It failed, but it was part of this same anti-gouging approach epitomized in the drug-price ballot initiative.

That legislation was mostly symbolic and even the drug initiative is limited in that it applies only to state government purchases. If it passes, it probably won't distort the U.S. drug market, "but it would not be unprecedented for a bad idea to start in California and take hold elsewhere," Adams added. And it wouldn't be unprecedented for such an important and complex matter to be decided by voters who are reacting to an anger-inducing anecdote.