Reason Staff | From the January 2016 issue 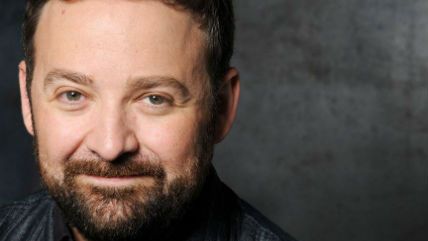 This issue features Greg Beato's final article as a regular columnist for reason. "Yelp, But for People" (page 62) illuminates the many ways that online rating systems, for everything from brick-and-mortar businesses to gig economy service providers to eBay sellers, make the world a more efficient place. Beato, 50, has written for dozens of publications, including Wired, Business 2.0, and the San Francisco Chronicle, and his reason work earned a Western Publishing Association Maggie Award in 2011. He says he has traditionally focused on cultural issues, but "over the last couple of years" he's "been writing more and more about the possibilities of using technological platforms and products to move beyond the realm of what government does."

Veteran British journalist Chris Taylor is the author of How Star Wars Conquered the Universe: The Past, Present, and Future of a Multi­billion Dollar Franchise (Basic Books), which is excerpted in this issue (page 24). Taylor, 41, serves as deputy editor of the tech website Mashable. Believe it or not, he wasn't a rabid Star Wars fan when he began working on the book—in fact, he says, he first encountered the saga's story "on the back of a British cereal box, not at a theater. Then I got the novel and the comic book, and so I was always able to see it as more than just a movie….I've always had that kind of zoomed-out look at the franchise as a media entity."

Jim Pagels, 24, is a D.C.-based contributor to Forbes. He became interested in the politics of sports betting "after seeing how useful prediction markets could be in providing society with accurate information on current events and learning how futile prohibition efforts are at actually preventing gambling." His look at new pushes to regulate so-called daily fantasy sports leagues ("Is Your Fantasy Football Squad Illegal?") appears on page 18.