Why is Star Wars Such a Huge Cultural Force?

A Reason panel debates the cultural and political impact of the blockbuster franchise. 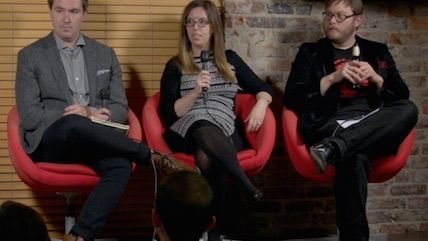 Though Star Wars: The Force Awakens won't come out until December 18th, lines are already forming for the highly anticipated release.

How and why did Star Wars become such a cultural force? At a December 3rd event in Reason's DC HQ, writers Alyssa Rosenberg (Washington Post), Sonny Bunch (Free Beacon), and Peter Suderman (Reason) gave their thoughts as to why the original movies became both political and cultural touchstones, why Han Solo and Bob Fett are fan favorites, and whether there's a case to be made that the Empire, not the Rebels, are actually the good guys in all of this.

You can watch an edited version of the event below.