Nothing about the word radical implies approval of aggression or terrorism. 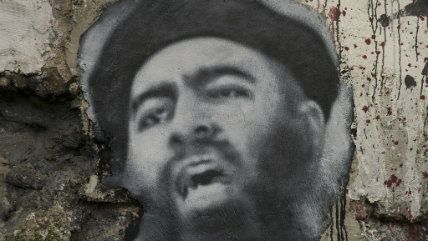 It's about time someone challenged the phrase radical Islamic terrorism. The most objectionable part is the word radical, since it is now popularly associated with aggression—violence against innocents—as an acceptable means to politico-religious ends.

But nothing about the word radical implies approval of aggression or terrorism. Rather, the word signifies an approach that goes to the heart of a matter, or the person taking such an approach. Violence is a tactic that can be used in the service of radical ends but also conservative ends. A radical can be a pacifist, a terrorist, or one who believes that violence is appropriate only in the defense of innocent life. There's simply no necessary connection between radicalism and aggression.

We can see further confusion over the word radical when so-called radical Muslims are also called "conservative Muslims." Radical conservative is an odd juxtaposition. We might wonder if a conservative or fundamentalist (more on this below) Muslim can even be a radical. There's at least tension in the notion.

At any rate, I protest this use of radical as a libertarian—as an unrepentant defender of the principle of self-ownership, or (another way to say the same thing) the nonaggression obligation. Many honorable people in history who condemned aggressive violence were known as radicals, so let's not allow the word to slip into a usage that could cause trouble for peaceful radicals later on, as it did at other times in American history.

As for the rest of the phrase, I hesitate to wade into the fevered discussion of whether Middle East terrorists are genuine adherents of Islam. Criticizing Barack Obama for not using the phrase radical Islamic terrorism (if he is really guilty of that) strikes me as a cheap neoconservative talking point. The people who criticize Obama over this are the same people who think his foreign policy is too weak. Everyone knows what the first "I" in ISIS or ISIL (apologies to the much older International Society for Individual Liberty, a libertarian organization) stands for, and the name Islamic State is familiar.

On the other hand, I can understand the wish to deny the claims of a violent minority to an entire religion, which has an honorable history in many respects. When the Jewish philosopher Moses Maimonides was ordered to convert to Islam or leave Spain in the 12th century, he went to Morocco before settling in Egypt, where forced conversion was ruled contrary to Islamic law. When the Jews were expelled from Spain by Catholic King Ferdinand, they found safety in the Ottoman empire. Acquiescence in the claims of a violent minority can't help but stigmatize pacific Muslims everywhere, threatening their liberty at the hands of both states and vigilantes. No advocate of peace and freedom can accept that.

We should especially reject those who seek to portray Islam as intrinsically militant. Quoting violent passages from the Qur'an won't do, since they can be countered with passages that counsel peaceful relations with nonbelievers. The books of the other Abrahamic faiths also have conflicting expressions of peace and violence, which makes shopping for quotations in either direction an effortless pastime for those so inclined. We find contradictory actions in the Christian and Jewish historical record as well. When Christians lynched black people and burned crosses, this was not generally attributed to Christianity, and when Jews bomb and burn Palestinians, this is not generally attributed to Judaism. Let's give Islam the same consideration.

Any religion old enough or complicated enough to have left any sort of mark on the world is almost inevitably going to contain strands that cannot be reconciled except by interpreting one strand or the other in something other than the most obvious and literal sense, be the striving elements "Fight those who believe not in Allah nor the Last Day" and "Let there be no compulsion in religion," or "He that hath no sword, let him sell his garment, and buy one" and "They that take the sword shall perish with the sword," or for that matter "Congress shall have power … to promote the progress of science and useful arts by securing for limited times to authors and inventors the exclusive right to their respective writings and discoveries" and "Congress shall make no law … abridging the freedom of speech, or of the press."

He goes on to show the problem this poses for so-called fundamentalists in the major religions:

And that means that every religious believer, so-called fundamentalists included, always chooses some provisions to interpret non-literally. Interpretation is inevitably made in the light of some vision of what is worth believing in: for example, is one's religion to be essentially a doctrine of peace, with some oddball violent passages to explain away, or essentially a doctrine of violence, with some oddball pacific passages to explain away? The answer isn't a given; it's a choice. So the would-be fundamentalists' trick of trying to evade reasoned arguments about right and wrong via appeals to authority of the form "Odin/Vishnu/Cybele said it, I believe it, and that's the end of it" are fooling themselves (unless they can find a god who said so few things that all its pronouncements are easily reconciled in their most flat-footedly literal form, but how many gods are that dull and taciturn?). You need to have some independent idea of what a worthwhile God would command in order to decide what he did command.

While we're at it, let's stop mystifying why, when, and how the San Bernardino terrorists "radicalized" themselves or were "radicalized" by others (if that's even possible). My concern here is not only to salvage a useful word but also to warn against the ominous implications of national-security measures favored by those in the West who welcome a "clash of civilizations," or World War IV.

The vigilance called for against "radical Muslims" will inevitably cast suspicion on Muslims who reject violence—if it hasn't already. The logic of the clash-of-civilizations mindset could easily rationalize widespread civil-liberties violations. After all, no American need travel to Syria, Saudi Arabia, or Pakistan to become a terrorist. He or she need not ever communicate with agents of the Islamic State or al-Qaeda. Such a person wouldn't even need access to the Internet. Sitting at home watching CNN's coverage of the violence inflicted by the U.S. government in the Muslim world may be all that it takes to give someone the misguided idea of committing violence against American noncombatants. Thus Donald Trump or one of his rivals might decide that keeping Muslims out of the country or monitoring American mosques does not go nearly far enough. (Trump has spoken of "closing" the Internet.)

There simply is no way—including a police state—to prevent people from formulating homicidal ideas. The best chance we have of reducing the already small chance of being a victim of terrorism is for the U.S. government to stop making and otherwise facilitating war in the Muslim world. Decentralizing and depoliticizing security services can take care of the rest.