Newark Schools Spent $18,208 Per Pupil Last Year. So Why Are They In 'Extreme Chronic Fiscal Distress?' 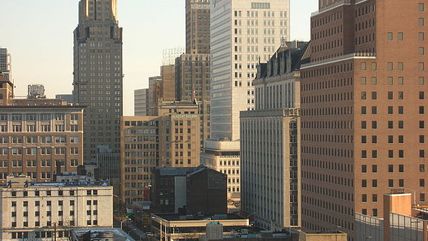 The public schools in Newark, New Jersey are in a state of "extreme chronic fiscal distress," according to a new report by the nonprofit Education Law Center (ELC). "The ongoing budget crisis has eroded essential resources," and students are being deprived of their rights to an adequate education under the state constitution.

How does the ELC define "extreme chronic fiscal distress?" Newark's traditional public schools spent a whopping $18,208 per pupil in 2014-15. That tops average per pupil spending in every state except New York. (Though, of course, there are many cities and towns that spend more.)

The ELC was founded in 1973 on the theory that dramatically boosting state spending could fix New Jersey's failing schools, and 42 years later it's still pushing that theory—despite mounting empirical evidence to the contrary. The ELC was behind the landmark 1981 lawsuit Abbott v. Burke that sought to increase school funding in the state's poorest districts. Decades later, the New Jersey Supreme Court ruled in its favor and a boatload of additional state funding started flowing to cities like Newark. But the schools barely improved. It turns out that how schools spend money also matters.

The ELC report looks at how per-pupil spending has been dropping in Newark's traditional school district over the past few years. That's because the city is home to a growing number of charter schools. When students opt to attend a charter, a portion of state funding follows them out the door. The ELC argues that the money going to charters means fewer resources in classrooms.

That's certainly possible. Traditional schools have so little budgetary discretion that when funding drops principals can't simply cut nonessential administrative positions. New Jersey charters, on the other hand, get about 70 percent as much funding per child as traditional schools, but their school leaders have more freedom to spend that money as they see fit.

"You find a way to make it work and cut out the incidentals that don't matter in pushing a child to college," says Bridgit Cusato-Rosa, a charter school principal in Camden, New Jersey, who began her career in Newark. Cusato-Rosa "despises" the argument that schools can't succeed because they don't have enough money.

For more on Cusato-Rosa's charter school, the history of Abbott v. Burke, and why money alone can't improve failing schools, watch my three-part video series, which originally ran on Reason TV back in January.