Zimmerman posted nude photos and contact information for a woman he alleges cheated on him "with a dirty Muslim." 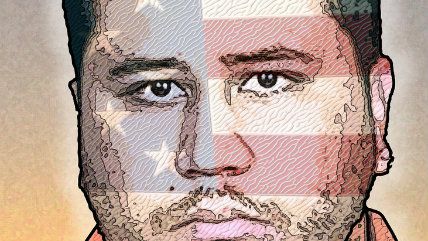 Lest anyone think that George Zimmerman—the man who fatally shot Florida teenager Trayvon Martin in 2012—has any redeeming qualities, here's a story about what the 32-year-old has been up to recently. On Thursday, Zimmerman took to Twitter to besmirch an ex-girlfriend whom he alleges cheated on him "with a dirty Muslim." In retaliation, Zimmerman posted nude photos and contact information for the woman. He also accused her of stealing cash and a gun from him.

Twitter has since removed the tweets, and suspended Zimmerman's account. The company told the New York Daily News that its terms "prohibit sharing someone's personal phone and email addresses, as well as intimate photos taken or distributed without the person's consent."

"Zimmerman's publication of the victim's personal information like her phone number and email address suggest an intention to incite third parties to contact this woman in a sort of harassment-by-proxy scenario," Goldberg said. "Not only could he be arrested criminally, but this behavior makes a strong case for the victim to obtain an order of protection from family court."

Zimmerman, who was ultimately acquitted of second-degree murder charges for Martin's death, retweeted a picture of the teen's dead body in September; he later claimed it had been by accident. "I did not, and never will knowingly re-tweet a picture of a deceased body," Zimmerman wrote in response. "I do not want to see or relive the night that I was attacked and had to use lethal force to defend my life."

In August, Zimmerman began selling a limited-edition run of prints of a painting he did of the Confederate flag. Proceeds from the sales benefitted a gun store that refused to sell to Muslim customers.