How to Help on Housing 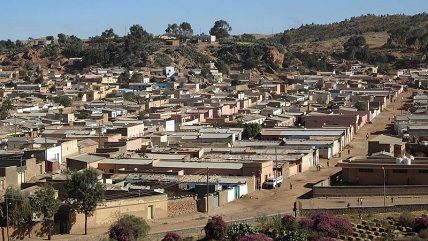 There was much smiling and clapping last week when Richmond officials handed out more than $1 million in grants to help solve the city's affordable-housing crunch. There might have been less if anyone had pointed out that much of the fault for that crunch lies with the city itself.

Estimates suggest almost half of the households in the city pay more than 30 percent of their income for housing—the standard measuring stick for affordability. Twelve thousand families are on waiting lists for housing assistance. "The need is much greater than the supply," says Greta Harris, head of the Better Housing Coalition. So the city has tapped a housing fund that was created seven years ago, and then left to lie fallow.

Using the fund might help to some degree. But the city could do far more to address affordable housing by correcting policies that deter it.

Earlier this year residents of two trailer parks sued the city over an inspection program that threatened the poor, mostly Latino residents with eviction, condemnation, prosecution, and fines of up to $2,500, per day, for everything from bad wiring to "improperly built decks." And the residents couldn't satisfy the bureaucrats simply by fixing the alleged problems. They had to get sign-off from licensed engineers, electricians, and even "HUD-certified engineers." One minor detail: HUD doesn't certify engineers.

When the residents complained to the mayor's office, they were met with stony silence. When housing advocates offered to intercede, they got the same response. Families got tossed out on the street, sometimes even after making repairs.

This is an acute example. But Richmond restricts the supply of affordable housing in chronic ways as well, such as zoning. In R-1 residential zones, the minimum lot size is 20,000 square feet, and the front yard must stretch at least 35 from the street to the house. Lot sizes step down from those requirements in other districts, but that merely reduces the effect. And large portions of the city are off-limits to apartment complexes.

Minimum lot sizes drive up housing costs two principal ways: First, they artificially increase the price of a given residence, since it has to come with X amount of real estate. Second, they artificially depress the number of houses that can be built, because each house takes up much more of a finite space. And when you limit supply, you raise prices.

That should be intuitively obvious. But it is also backed up by research. The Mercatus Center at George Mason University in Fairfax has just issued a new report: "How Land-Use Regulation Undermines Affordable Housing." It surveys the existing economic literature and finds "a wide majority of empirical studies demonstrate that the more regulated jurisdictions have higher housing costs." Restrictions such as minimum lot sizes, the report says, amount to a hidden "regulatory tax" on housing.

Mercatus lies to the right of center on economics, but even liberals like Paul Krugman would agree with it on this point. In fact, Krugman does agree with it. As he put it Monday, citing White House Council of Economic Advisers chairman Jason Furman: "national housing prices have risen much faster than construction costs since the 1990s, and land-use restrictions are the most likely culprit. Yes, this is an issue on which you don't have to be a conservative to believe that we have too much regulation."

You can drive up the price of housing by other means, too. One method near and dear to the heart of many Richmonders: historic preservation. Richmond has more than a dozen historic districts. Together, they encompass more than 700 acres—and more than 3,300 structures, a great many of them residential.

Changes within the districts are overseen by the Commission of Architectural Review, which provides a handy guide for residents that explains, in 100-plus pages, what is and is not allowed. Demolition—say, to make room for a building filled with affordable apartments—is mostly verboten. "Demolition is considered an option of last resort," the city's handbook says. It is "strongly discouraged" and permitted only "under extreme circumstances." You can't get a "certificate of appropriateness"—the review board's rather precious term, unless "there are no feasible alternatives."

But historic-district restrictions go far beyond such brutish options. They cover everything from porch railings ("balustrades are important character-defining features of a structure") to paint (colors not on the approved palette "will be reviewed by staff on a case-by-case basis") to proportion ("new structures should have the same number of stories as the majority of structures on the block"). Even minor changes require a lengthy application; be sure to include exterior-elevation drawings and paint chips for color approval. And the rules are meant to preserve not just the stately mansions along Monument Avenue, but even the " 'pre-fab' bungalow-style homes" in Springhill. There is a fine line indeed between historic and just plain old.

Does this mean Richmond should raze St. John's Church, where Patrick Henry cried "Give me liberty, or give me death"? Of course not. But it's worth noting, as Diana Thomas wrote in "Regressive Effects of Regulation" (another Mercatus study)  that "well-intentioned regulation often represents the preferences of the wealthy." Poor people can appreciate history as much as anybody else. But when a poor family replaces a window, it wants to keep the cold out. It's probably less interested in the architectural review commission's demand that the window's character "should not be altered by inappropriate materials or finishes that radically change the sash, depth of reveal, muntin configuration . . . or color of the glazing."

So yes, handing out grants for affordable housing is good. But it is good in the same way that emergency rooms are good: It would be much better to need fewer of them in the first place.

This article originally appeared at the Richmond Times-Dispatch.