Living Standards Up Since the Fall of Communism

Young people don't remember just how bad it was under socialism. 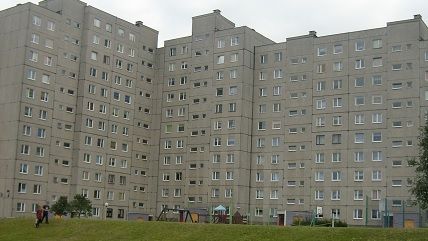 It's hard to believe that November 9 marked 26 years since the fall of the Berlin Wall. Those of us who remember living under communism do not have to be reminded of the benefits of freedom. Not everyone, however, feels that a return to democracy and free markets was a good thing. Nostalgia for the days of communism was always present among the old, who recalled the days of their youth and found freedom difficult to cope with.

Recently, however, there has been an uptick in interest in socialism among young people, who have never lived through the daily frustrations of life under communism, such as food shortages and queues for basic necessities, not to mention repression of political and civil freedoms.

A Slovak newspaper has recently published a basic breakdown of the cost of living in 1989, the last year of communism, and 2015. I have calculated the percentage difference in the "minutes of labor" needed to purchase an item on an average wage in 1989 and in 2015. As can be seen, most everyday items fell in price appreciably.

But there are at least two caveats. The newspaper did not note the change in the price of energy, which was massively subsidized under communism. That led to much waste and unnecessary spoliation of the environment. After 1989, energy subsidies were removed and the price of energy greatly increased. Correspondingly, as we show at HumanProgress, the use of energy in ex-communist states decreased.

Also, housing has dramatically increased in price. It needs to be said that the quality of housing has vastly improved. Central Europeans now buy gorgeous Western-style apartments, rather than live in the hideous apartment blocks that are ubiquitous throughout the former Soviet bloc.

Still, the end of central planning did not mean the end of regulation. Many ex-communist countries had to adopt the strict and costly Western European regulatory standards in the construction industry as a pre-condition for joining the European Union. Moreover, as is the case in the United States, the former Soviet bloc countries are heavily involved in the promotion of home-ownership through subsidized loans.