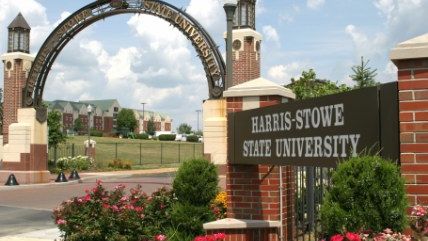 A Missouri court has ordered Harris-Stowe State University to pay Beverly Wilkins $4.85 million after finding the school had discriminated against her because she is white. Wilkins accused Latisha Smith, a former dean of the College of Education, of systematically purging the department of white faculty. Smith fired Wilkins in 2010 because of budget cutbacks, but Wilkins said under Harris-Stowe's official reduction-in-force policy several black teachers should have been fired before her.