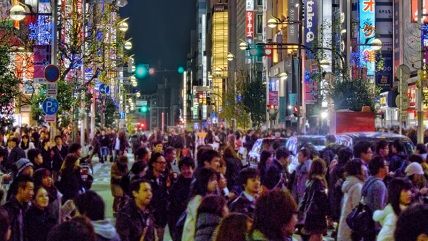 Last week, at the Cato Institute, Matt Ridley and Reason's Ron Bailey discussed Ridley's latest book, The Evolution of Everything: How New Ideas Emerge. In it, Ridley further develops the main contention of his best-selling work, The Rational Optimist: How Prosperity Evolves. In The Rational Optimist, Ridley argued that rising living standards depend on "exchange." When people trade with one another, their "ideas have sex" and that leads to innovation and material progress. It will sound counterintuitive to those who think that overpopulation is a problem that progress depends on the size of the population involved in exchange. Fewer people, in other words, equals slower progress. And, population decline can lead to a reversal in well-being.

Thus, on page 78 of The Rational Optimist, Ridley writes, "The most striking example of technological regress is Tasmania. A population of less than 5,000 hunter gatherers divided into 9 tribes after reaching this island over 35,000 years ago. They fell steadily and gradually back into a simpler toolkit purely because they lacked the numbers to sustain their existing technology… They had no bone tools, no cold weather clothing, no barbed spears, no fish traps, no spear throwers, no boomerangs… Most of these had been made and used by the very first Tasmanians. The first Tasmanians caught and ate plenty of fish, but by the time Westerners first contacted them, they not only ate no fish, but had not eaten any in over 3000 years."

Here is a HumanProgress chart that shows the correlation between the size of the British population and British GDP per capita (in 1990 dollars) from year 1 to 2000. Clearly, population growth, which took off in the 18th century as a consequence of better hygiene and nutrition, is highly correlated to income growth.