Americans of all ages increasingly want and expect adult supervision.

Ronald Bailey | From the December 2015 issue 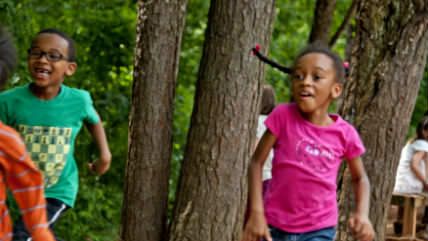 In 19th century America, insults and other forms of disrespect often provoked violence ranging from a punch in the nose to a duel. By the mid-20th century, minor offenses were treated as boorish and mostly shrugged off. But a new norm is emerging in which bothersome, often unintended slights, now styled as "microaggressions," are reported to authorities who then reprimand and punish the offenders.

In "Microaggression and Moral Cultures," the California State University, Los Angeles sociologist Bradley Campbell and the West Virginia University sociologist Jason Manning identify a "culture of victimhood" that they distinguish from the "honor cultures" and "dignity cultures" of the past. In a victimhood culture, they write, "individuals and groups display high sensitivity to slight, have a tendency to handle conflicts through complaints to third parties, and seek to cultivate an image of being victims who deserve assistance."

Insightfully complementing their analysis is a new study by the St. Lawrence University economist Steven Horwitz titled "Cooperation Over Coercion: The Importance of Unsupervised Childhood Play for Democracy and Liberalism." Horwitz makes the case that overprotective childrearing is undermining the "ability to engage in group problem solving and settle disputes without the intervention of outsiders," a capacity he calls "a key part of the liberal order." In other words, both studies find that Americans of all ages increasingly expect adult supervision.

Campbell and Manning begin by probing the rise of the "microaggression" phenomenon on university campuses. As defined by the Columbia University diversity training specialist Derald Wing Sue, microaggressions are "brief and commonplace daily verbal, behavioral, and environmental indignities, whether intentional or unintentional, that communicate hostile, derogatory, or negative racial, gender, sexual orientation, and religious slights and insults to the target person or group." Microaggressions include asking an Asian American where he or she was born, complimenting a Latino on speaking English well, or asserting that "America is the land of opportunity." In general, microaggressions are seen as instances of a larger narrative of structural inequalities. "Conduct is offensive because it perpetuates or increases the domination of some persons and groups by others," Campbell and Manning observe.

The authors argue that people seek the moral status of victim in situations where social stratification is low, cultural diversity is high, and authorities act as referees. These three conditions pervade the modern American university, so it's not surprising that the microaggression victimhood phenomenon is most intense in academia. Hundreds of colleges and universities have now set up administrative bias-incident response teams. Google Trends reports that headlines featuring the word microaggression started a steep rise in 2012.

As social statuses become more equal, the authors write, people become more sensitive to any slights perceived as aiming to increase the level of inequality in a relationship. In addition, as cultural diversity increases, anything seen as an attempt to reduce it or diminish its importance is deemed a morally deviant form of domination. As the New York University moral psychologist Jonathan Haidt has astutely observed, "As progress is made toward a more equal and humane society, it takes a smaller and smaller offense to trigger a high level of outrage. The goalposts shift, allowing participants to maintain a constant level of anger and constant level of perceived victimization."

One key feature of this victimization culture is the tendency of those experiencing what they think are microaggressions to seek third-party redress of all grievances, however petty. "People portray themselves as oppressed by the powerful—as damaged, disadvantaged, and needy," write Campbell and Manning, since that's the most effective way to increase their own status relative to others.

In honor cultures, by contrast, men especially maintain their sense of virtue by responding to insults, slights, and violations of their rights via self-help violence. "Cultures of honor tend to arise in places where legal authority is weak or non-existent, and where a reputation for toughness is perhaps the only effective deterrent against predation or attack," write Campbell and Manning. Honor cultures were once the norm, and still exist in the Arab world and among street gangs elsewhere.

But during the 19th century, most Western societies began the moral transition toward what the authors call dignity cultures, in which all citizens are legally endowed with equal and "unalienable" rights. In such a culture, one's honor does not depend upon one's reputation. Having a thick skin and shrugging off slights thus come to be seen as virtues, because they help maintain social peace.

Of course, serious conflicts cannot always be resolved privately. In dignity cultures, when a person's rights are violated, he may as a last resort seek recourse from third parties, like courts and police, which are empowered to wield violence on victims' behalf. Still, because dignity cultures practice tolerance, they're much more peaceful than honor cultures.

In his paper, Horwitz makes the case for preserving a culture of dignity. He points out that daily social interactions are riddled with small instances of people behaving in annoying ways, from failing to refill the copier to taking someone else's parking space to sharing tasteless jokes. "When one seriously considers all the moments in a typical day that have potential for conflict that get resolved through conversation and negotiation, or just plain tolerance, it is actually somewhat astounding how smooth social life is," he observes. In fact, the vast majority of conflicts in modern Western societies are resolved without recourse to external authorities.

Horwitz argues persuasively that unstructured play teaches children how to resolve conflicts through cooperation rather than coercion—a lesson that carries over in important ways to how they'll conduct themselves as adults. Supervised play, by contrast, trains children to expect adults to step in to adjudicate disputes. Horwitz fears this is flipping the default setting from "figure out how to solve this conflict on your own" to "invoke force and/or third parties whenever conflict arises." He suggests that the recent upsurge in conflicts around sexual consent on college campuses may be happening because so many young adults never had a chance to acquire important social skills, like "ensuring that all involved continue to consent to the rules and to the game being played," that are best developed through unstructured play.

Like Campbell and Manning, Horwitz notes that American adults are turning increasingly to third-party coercion to resolve what would in earlier times have been considered minor conflicts. He worries that without "the skills necessary to solve conflicts cooperatively, it is not hard to imagine that people will quickly turn either to external authorities like the state to resolve them, or would demand an exhaustive list of explicit rules" as to what constitutes permissible conduct.

In 1835 Alexis de Tocqueville's Democracy in America prophesied that the U.S. political system would ultimately generate a government whose authority is "absolute, minute, regular, provident, and mild. It would be like the authority of a parent if, like that authority, its object was to prepare men for manhood; but it seeks, on the contrary, to keep them in perpetual childhood." Horwitz likewise fears that the result of ceding more and more problem-solving power to state actors "will be the destruction of liberalism and democracy."

A victimhood culture combines an honor culture's quickness to take offense with an overdependence on the nonvoluntary institutions that serve as a dignity culture's last resort. If Campbell, Manning, and Horwitz are right about the direction American society is headed, we're in for an increase in social conflict, and an ever-larger and more intrusive government tasked with trying to suppress that social conflict, in years to come.