The war on prostitution is the new war on drugs. Learn more! 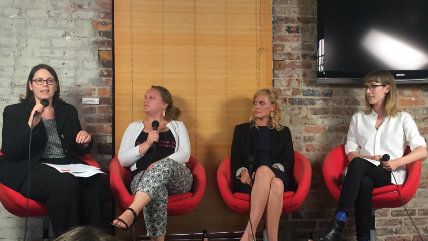 Portland-area readers are invited to join Reason magazine Staff Editor Elizabeth Nolan Brown and Reason Foundation Director of Criminal Justice Reform Lauren Galik for a discussion about the myths and realities surrounding human trafficking in America. Is there really an "epidemic" of sex trafficking happening here, as many in the media and Congress have claimed? How are federal and state legislators addressing the issue? What tactics have police taken to fight it? And what parallels can be drawn between these efforts and the failed war on drugs?

The event will take place on the Portland State University campus following today's Students for Liberty regional forum, but it is open to the public and non-students are encouraged to attend. The talk should last approximately 40 minutes, to be followed by a brief Q&A session.