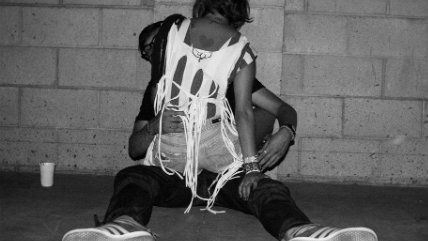 According to The Ultimate Strip Club List (TUSCL) forum, "the first floating lap dance party in Manhattan was started by Lap Dance Lou in January 2006″ in Chelsea. Other entrepreneurs soon followed suit, founding still-popular floating lap-dance parties such as the Saint Venus Theater (SVT), the Lido Lounge, and Masked Nights.

"A cabaret license, or lack thereof, separates these clandestine venues from their by-the-book brethren," notes Adanai.com. "St. Venus Theater flies under the radar by operating out of a different establishment every night, but each facility it inhabits possesses its own cabaret license. So, technically SVT is more of an alternative to the traditional strip club and not underground. The itinerant quality of SVT buffers it against the safety code and noise complaint summonses mainstream proprietors commonly receive during raids."

The men who go to the club tend to be professionals—an "after-work crowd," says Jeremy, a guy who's been attending the club where Heather works for a couple of years. Jeremy, who is in his late 30s and works in finance, tells me that plenty of his fellow patrons are lawyers and doctors, ranging from their late 20s to 50s.

The piece goes on to profile Heather and other women working these clubs, strangely fixating on the fact these women are "girl next door" types, more wholesome than your average stripper allegedly is. It's the sort of distinction you also see made in pieces about "sugar babies," and seems to work as a defense mechanism for both women working these gigs and men availing their services. The proclamations position their speakers above the seedy image of typical sex work, albeit in a way that ultimately undermines the cause of reducing stigma around sex industries overall. But that aside, the Playboy profile provides an interesting overview of a little-known avenue of sex work and the dynamics at play there.

While underground lap-dance clubs in New York City may not be new, they might have a new raison d'etre as of this summer. In June, a New York judge ruled that strip-club pole dancing is an art form, and therefore tax-exempt, but private dances and lap dances can be taxed. New York City has also been cracking down on traditional strip clubs, using zoning and liquor laws to shut them down or force them to move to less desirable locations. These measures have also made it incredibly difficult for new strip clubs to open. In such a climate, it's not hard to see why underground lap-dance clubs might be thriving. But they might have to go further underground if they don't want the city to target them, too.