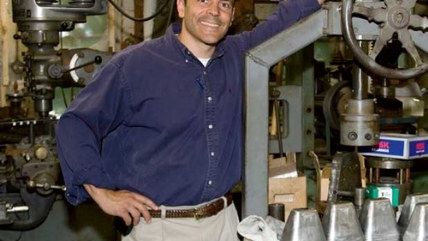 Let us toast to the likely end of the whole Kim Davis mess, shall we? The Kentucky county clerk infamously drew national attention for attempting to combine her secular elected position with her religious objections to same-sex marriage recognition. She went to jail briefly for contempt because she refused to put her name on same-sex marriage licenses as her job required of her. She said what she wanted was for the state to  not require her name to be on there, which she felt was her personal endorsement of these marriages.

The previous governor, Steve Beshear, declined to accommodate her. He said the state legislature would have to act to change the job duties for the county clerk, and he declined to call a special session.

But there was just an election in Kentucky last week, and, as you may have heard, the Republicans cleaned up at the polls. Republican Matt Bevin, a Tea Party favorite, beat Democrat Jack Conway, the state's attorney general, to become the next governor.

Bevin has criticized the Supreme Court's summer ruling that mandated all states must recognize same-sex marriage. It doesn't look like he's planning to defy the court. Instead, he is going to give resistant clerks like Davis what they want. Licenses to same-sex couples will still be handed out, but Bevin says he's going to arrange it so that clerks won't have to put their names on them anymore. He's quoted as saying he'll remove their names from all marriage licenses going forward, so there's not going to be an issue of "separate but equal" licensing. He says he'll be doing it via executive order in December when he takes office, something Beshear previously said was not possible.

Another interesting detail noted by the New York Times that could have relevance in the new year when state legislatures return to session:

Ideally, Mr. Bevin has said, a marriage license should not be something that the government grants; rather, it should be a form that anyone can download at will, and then submit to the government purely to be recorded.

If that sounds familiar, legislation that proposed exactly this sort of shift in marriage licenses was recently introduced in Alabama. It failed, but only because it was introduced during a special session, and two-thirds majority support was required. We may see it return next year. I've examined the legislation previously, and while it is obviously motivated by those who object to gay marriages (like Bevin), there's absolutely no indication that it would be used to try to deny granting the same legal rights and privileges to same-sex couples. Instead it would shift the dynamic so that state bureaucrats aren't involved in the process of identifying or approving what is an acceptable marriage. If conflicts or legal issues arise, though, the courts would still have the authority to determine whether a marriage is legitimate under current law and make decisions accordingly.

As such, to the extent that government insists it must stay involved in marriage recognition at all, I'm of a positive mind on the Alabama's proposal, even if it is driven by anti-gay attitudes (under the wording of Alabama law, the judges responsible for performing civil marriages there aren't legally obligated to do so, and many have opted out). It puts the citizens in control of defining their relationships to the government. It reverses the current dynamic of the government telling the citizens that they're married.

Maybe as governor, Bevin will attempt a similar shift in Kentucky. If not, assuming Alabama follows through in 2016, we'll see this experiment in action and will be able to determine whether it is of honest intent and a more liberty-oriented way of recognizing marriages.