Proposition F would have been a lawsuit factory for NIMBY neighbors. 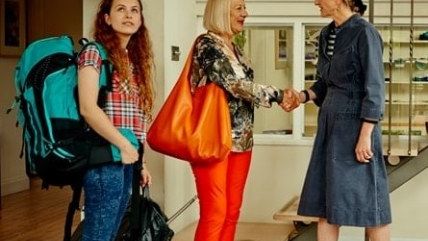 A victory for freedom of commerce in San Francisco (of all places)! A coalition of special interests tried to make life miserable for short-term room rental services like Airbnb at the ballot box yesterday. They were soundly pushed back by a vote to 55-45 percent.

Proposition F was a particularly terrible ballot initiative, and Airbnb spent millions to fight it, with good reason. It would have restricted residents or homeowners from short-term room rentals to 75 days a year. It didn't matter if the homeowner was also living there (city law currently caps short-term rentals to 90 days if the host is not living there, but there's no cap at all if he or she is). Furthermore, it obligated websites that promote these rentals (like Airbnb) to police the rental eligibility of those who advertised through them.

But the big kicker that made Proposition F a potential disaster in the making was that it gave anybody living within 100 feet of an alleged short-term rental standing to sue both the people providing the short-term rentals and the websites that hosted them if they had violated the ordinance. Housing nonprofits in the city would also have standing to sue. This thing was a guaranteed lawsuit generator.

Airbnb focused on the fear of NIMBY neighbor feuds in its ad campaigns, warning it would lead people to spy on each other and sue. It also engaged in a bus shelter ad campaign that was considered "controversial" and which they eventually apologized for that suggested ways the city should spend the $12 million in hotel taxes Airbnb was paying the city, like keeping the libraries open later. Apparently it is considered poor form to remind the government that the money they forcibly take from you is supposed to be used to provide services.

Whatever the cure for San Francisco's housing crisis is, this clearly isn't it. The outcome, as always when the government tries to ban people from doing something they want to do, would have been a black market. These rentals would continue in secret and the city wouldn't even get its cut. (This may partly explain why so many local Democratic leaders and groups opposed Prop. F.)

People probably assume the well-known NIMBY-ism of San Franciscans is keeping new housing development at bay, but actually as of July there's been thousands of new units approved for construction. The market will provide, eventually, if the government allows it.