A 'sex in film' professor fails to make her classroom a safe space. 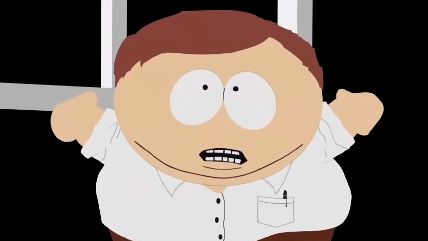 You won't believe it. I only believe it because the evidence is right in front of my face. Here, now it's in front of yours, too: Salon published the terrific first-person account of a college professor who gradually came to realize that trigger warnings had ruined her class and made teaching impossible.

The trouble began for instructor Rani Neutill when she set out to teach a course on sex in American cinema:

I assigned a reading by Linda Williams, a chapter from her book, Screening Sex.It looked in intimate detail at the first blaxploitation film ever made– Melvin Van Peebles', Sweet Sweetback's Badasssss Song (SSBAS). The chapter outlined (with pictures), the plot of the movie and all the sexual acts that were in the film. Williams' argument is that Blaxploitation and SSBAS arose from a reclamation of masculinity by black men who were historically emasculated and castrated (think of the killing of Emmett Till).

Neutill showed a scene from the film in class—she even warned students about it beforehand. The scene drove two students to flee the room in tears. Later, one of the outraged (white) students met with Neutill to scold her for showing a scene that portrayed a black man negatively. "I'm doing a minor in African American Studies," said the student, who apparently thought this made her more informed on the subject of black culture than her professor. "How could your first images of black people be that horrible?"

To compensate, Neutill promised to show a scene with a more uplifting message about black sexuality at the next class. She selected something from The Wire. But before she could screen it:

I began class by talking briefly about learning through discomfort. The students were silent. I turned to them for questions about moments of feeling uncomfortable and how we could read these as productive. The student who came to my office raised her hand and asked, "Are we gonna talk about SSBAS."

"Yes," I said, "but I want us to talk about any of the films that made people uncomfortable. Let's discuss the discomfort." Her face fell. She started crying and ran out of the room. Her friend followed her. Right after she left I showed the scene with Omar. Later that day, she came to my office again, sobbing.

Neutill then implemented a policy of maximum trigger warnings, trying harder and harder to comply with her students' impossible requests for coddling:

For the rest of the semester, I gave trigger warnings before every scene I screened. Every. Single. One. This wasn't enough. A student came to me and asked that I start sending emails before class outlining exactly which disturbing scenes I would be showing so that I wouldn't "out" survivors if they had to walk out of class when hearing what I was about to show. This took all the free form and off the cuff ability to teach. It stifled the teaching process. There would never be a moment for me to educate them by confronting them with the unknown, by helping them become aware of their own biases by making them feel uncomfortable.

Do yourself a favor and read the whole thing here.

Neutill, a friend and advocate of survivors of sexual assault, notes that the course title and description should have served as warning enough for students who truly can't sit through a lecture about sex in film—or watch a few scenes—without breaking down. And there's nothing unreasonable about expecting professors to supply students with enough information to make smart choices about which classes they should sign up for. Nor is it crazy to make infrequent accommodations for students who, for whatever reason, have to sit out from time to time.

But if Neutill's experience is any indication, reasonable accommodations are not what students want. Instead, they require complete emotional shielding from any word, image, expression, idea, or name that bothers them at all. They expect others to proactively screen their lives for harmful material, as Butters was forced to do for Cartman in South Park's recent, expert exploration of the subject for the episode, "Safe Space."

Neutill, of course, is not remotely alone—she stands alongside Laura Kipnis, Vox's terrified liberal professor, Teresa Buchanan, and all the other faculty members who were bullied by administrators or heckled by students for failing to make their classrooms or public writings trigger-free zones—for failing, in other words, to do the impossible.

Now even Salon­—a news outlet not exactly known for treating people like adults—is acknowledging the obvious: infantilizing students is a poor use of university resources. Perhaps we've turned some kind of corner?