It's okay. You can make fun of Kanye West. Can't you? 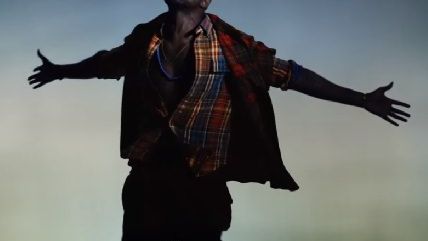 Heath Morrow, an elementary school teacher at Chestnut Grove Elementary School in Decatur, Alabama, issued a public apology for dressing up as Kanye West at a Halloween party. A representative for the school district read the apology during a press conference on Monday.

The party wasn't sponsored by the school; it was just a private gathering that had nothing to do with Chestnut Grove Elementary. The only reason anyone found out about the costume, I presume, was because Morrow's wife posted a photo of the pair in their Kanye and Kim Kardashian costumes on Facebook. I also presume the apology was coerced, or semi-coerced: if the district read the apology, it seems likely the district told him to make one.

"I do not want this to reflect on my school or school system based on a poor decision that I made," Morrow wrote in his statement. "Again I apologize and this will not happen again."

Nevertheless, the school district is investigating the incident, according to WHNT.

I understand that wearing blackface is presumed to be deeply offensive—and rightly so, given the long history of white performers dressing up as racist caricatures. These kinds of costumes are a reminder of a legacy of racial discrimination, and disparage all black people. They are never a wise idea.

Morrow should have neglected to darken his skin in order to avoid accusations of blackface. But that said, Morrow clearly isn't demeaning black people in general. He isn't dressed up as a black person; he's dressed up as Kanye West. And it should be okay to mock Kanye West. He's a ridiculous celebrity! He's maybe running for president! As I wrote in response to the kerfuffle over Kanye West costumes at UCLA:

UCLA, like the Decatur school district, also chose to investigate the incident. But there's nothing to investigate. An ill-considered costume barely merits an apology; it certainly doesn't justify any punitive action either school might take as a result of further inquiry into the matter.