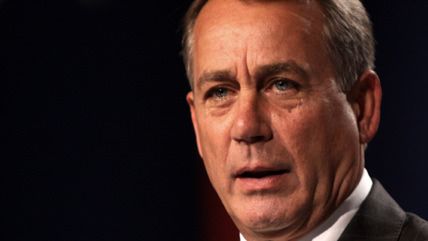 On Wednesday, the House passed a bill (240-191) that would extend Washington, D.C.'s school voucher program for another five years and boost its annual funding to $20 million.

Created in 2004, D.C.'s program is the the nation's only federally funded voucher initiative. The Obama administration attempted to phase the program out in 2009 and 2012, but it survived largely thanks to the support of outgoing House Speaker John Boehner (R-Ohio), who also sponsored the latest bill.

Boehner, a product of Catholic schools, is the program's biggest cheerleader in Congress. A companion bill is pending in the Senate.

"While it's my name on the bill, the best champions for this program are some of the most fearless kids you've ever seen," Boehner said, choking up on the House floor. "Those of us who work here, make a good living — we owe something to the kids in this town. Help these kids get over the mountain."

Back in 2009, when it looked like Obama was going to successfully kill the D.C. voucher program, Reason TV's Nick Gillespie and Dan Hayes profiled Mercedes Campbell, who was attending Georgetown Visitation Prep on a voucher.

Watch that story below: