The Maddening World of Hospital Pricing

"How much does this cost?" shouldn't be a stumper. 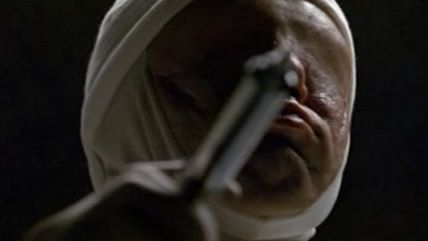 How much do three stitches in the emergency room cost?

The first amount was the original bill from Henrico Doctors' Hospital. But then Fleming's insurance company, Coventry, pointed out that it has an agreement with the hospital that sets the contracted rate for the service at $4,221. In other words, his insurance company already had agreed to pay more than Fleming was billed.

Suddenly he was being asked to pay the balance of his $4,000 deductible. Along with a percentage of charges over the deductible. And a percentage of a physician's charge—minus the square root of his son's birth date when multiplied by his age plus 3.7… Or at least that's how it looks to anyone who's not employed full time in hospital billing and coding.

Fleming is no babe in the woods when it comes to health care. He heads up Donate Life, an organization devoted to increasing the frequency of organ and tissue donation. But he couldn't get his mind around the idea that he owed more for three stitches with insurance than without it. The problem, says Aetna, which bought Coventry in 2013, is the lack of generally common contractual language stipulating that the insurer will pay the "lesser of" a billed or contractually agreed-to rate. Henrico Doctors and its owner, HCA, declined to comment.

Fleming has been persistent. He's been arguing over the bill almost since the incident happened. And he has gotten some satisfaction. After a lot of to-and-fro, Henrico Doctors has agreed to accept a lower payment and let the matter go.

So, good for Fleming. But his story raises a lot of questions. For instance, what about other people in similar circumstances? How often do policy holders find their insurance companies bargaining their bills up, rather than down?

The bigger question relates to hospital price transparency generally: Why isn't there any?

Call a half-dozen hospitals or urgent-care clinics and ask what they would charge for three stitches. You'll have better luck collecting hen's teeth. They won't tell you. Not only that, they'll tell you that they can't tell you, even if you ask for the cash price without insurance.

That's because there is no cash price, even for something as simple as three stitches. The closest thing hospitals have is the chargemaster price list. That's a file listing charges for thousands upon thousands of services and supplies, from Tylenol to a pediatric-care bed ($1,724.29 a night at Cedars-Sinai in Los Angeles). If you go in for gall bladder surgery, the hospital will use the chargemaster to look up its price for every blood test, half-hour of anesthesia, and bag of IV fluid you use, then total them to produce your final bill.

This is not an anomaly, but the norm. A couple of years ago the Center for Medicare & Medicaid Services released prices for 130 common procedures at more than 3,000 hospitals. Scroll through the thousands of lines in the spreadsheet, and you find the estimated charge for a level-2 debridement (removal of dead tissue) at UVa Medical Center is (or at least used to be) $152.68. At Bon Secours DePaul Medical Center in Norfolk, it's $515.57. At Carilion Roanoke Memorial: $69.28.

This is not fraud in the classic sense. And there is nothing inherently unethical about different institutions charging vastly different prices for similar products and services. You can get a hamburger for a buck at McDonald's. A burger at DB Bistro in New York could cost you $140. Nothing wrong with that.

Most people would consider such a policy at least a trifle shady. Very few would consider it defensible, and many likely would agree with Arthur Caplan, a medical ethicist at New York University's Langone Medical Center, who recently called U.S. health care "the most obtuse, dense, incomprehensible pricing structure ever created by humanity."

Yet if you're willing to invest a big chunk of time, you can track down pricing estimates for some services. For example, HCA has a web page with estimates at Henrico Doctors' Hospital. But it provides some price ranges so wild they're useless. Treatment for atherosclerosis could run an uninsured patient anywhere between $16,000 and $68,000, depending on how long he or she stays. And just in case that doesn't provide enough wiggle room, HCA stipulates that "Henrico Doctors' Hospital makes no guarantees regarding the accuracy of the pricing information provided by this website. A final bill for services rendered at Henrico Doctors' Hospital may differ substantially." In other words, the price could be just about anything.

Virginia Health Information, a nonprofit that collects data under a contract with the commonwealth, provides slightly better information. It lets you know, e.g., that a colonoscopy could run you anywhere from $1,500 at a doctor's office to $3,200 at a full-service hospital.

You probably can get better data from Vapricepoint.org, established by the Virginia Hospital and Healthcare Association, which allows you to look up aggregate pricing information for specific hospitals. The average charge for a knee replacement at Bon Secours St. Mary's, for instance, is $76,962. That is less than the $100,000 average for all hospitals in the Richmond region generally, but more than $66,000 for Virginia hospitals as a whole. Want a bargain? Go to Wellmont's Lonesome Pine Hospital in Big Stone Gap, where the average price for a knee replacement is less than $40,000.

Pricinghealthcare.com does something similar at the national level, by ferreting out prices at hospitals that provide them and posting them to its website. The information tends to be scant, however. In all of Virginia, Pricinghealthcare.com has information from only one institution, Monticello Community Surgery Center. An ACL reconstruction there will cost you $8,200 if you pay cash.

Researching prices for elective surgery is one thing. Someone having a heart attack might not want to spend the time. Between those two extremes, however, lies vast room for improvement in price transparency.

But this brings up a second, related issue: Hospitals often have no idea what their costs are. As The New York Times reported early last month, a few years ago University of Utah Health Care CEO Vivian Lee asked her staff what the things the hospital system used, like operating rooms and MRI machines, actually cost. Nobody knew. In fact, "they chuckled when she asked."

So she told them to find out. After much digging, Utah Health Care knows "the cost per minute in the emergency room (82 cents), in the surgical intensive care unit ($1.43), and the operating room for an orthopedic case ($12)." Because of such research, the system's expenses have fallen by half a percentage point a year during a period when expenses at other academic medical centers have risen 2.9 percent a year.

Many hospitals, however, have no clue. And if they have no idea what their goods and services cost, then the prices they set have zero relationship to their expenses. Again, this is not unethical. When you sell a house, you get as much as you can for it, not some fixed markup on the price you paid yourself. But the point is still worth noting when hospitals insist, as they frequently do, that they need more public funding because they are going broke. Maybe they should get a grip on their own costs before they ask the taxpayers for more handouts.

Changes going on now might force more hospital systems to start doing so. One of them is a shift, encouraged by Obamacare, away from fee-for-service billing in favor of paying for an entire course of treatment. Under that approach, if a hospital doesn't get it right the first time and has to re-admit a patient, the hospital rather than the insurer foots the bill.

Another change is the reduction in payments for charity care. Medicaid expansion was supposed to compensate hospitals for the loss of those funds, but two-thirds of states declined to expand Medicaid. This is forcing hospitals to cut costs and look hard for efficiencies.

A third change is a move toward higher deductibles. That will put more patients in the situation that confronted David Fleming: having to pay thousands of dollars for one of the simplest possible treatments. Many of them, like Fleming, will not supinely acquiesce.

Nor should they. Drive around the city and you can see billboards posting up-to-the-minute wait times at various emergency rooms. Clearly, hospitals think they can gain competitive advantage by providing such information. They also compete on the basis of quality, by advertising the various accolades they receive. But prices? They remain a riddle, wrapped in mystery, inside an enigma.

Granted, most health-care consumers will never need to know how much a  tracheotomy costs. But competitive pricing needn't be that specific. Rating systems that rank hospitals on affordability should not be too hard (and the personal-finance company Nerdwallet already does some of that). Consumers don't need to know the sticker price on a specific Porsche on a specific dealer lot to know they're better off shopping for a Honda. A general sense that Alpha Hospitals is no-frills, while Omega Health Care puts fresh orchids in every room each morning, would improve consumer decision-making.

This column originally appeared at The Richmond Times-Dispatch.