Over concerns about the process of lethal injection. 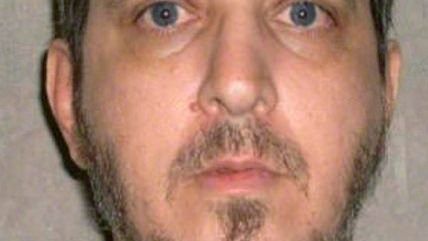 The state of Oklahoma won't execute Richard Glossip today. Glossip was sentenced to death after Justin Sneed, who beat motel manager Barry Van Treese, claimed to police Glossip ordered him to do it.

While figures ranging from Susan Sarandon to Sen. Tom Coburn (R-Okla.) to Pope Francis called on Oklahoma's governor, Republican Mary Fallin, to commute his sentence, Fallin relented until moments ago.

Now she is delaying the execution over concerns about the method of execution, lethal injection.

From the state government statement:

Last minute questions were raised today about Oklahoma's execution protocol and the chemicals used for lethal injection," said Fallin. "After consulting with the attorney general and the Department of Corrections, I have issued a 37 day stay of execution while the state addresses those questions and ensures it is complying fully with the protocols approved by federal courts."

"My sincerest sympathies go out to the Van Treese family, who has waited so long to see justice done," said Fallin.

The new execution date will be Friday, November 6.

More on Glossip here and here.