Mayor says he wants to "promote economic parity and social justice," then sends code enforcers to evict the poor from their homes. 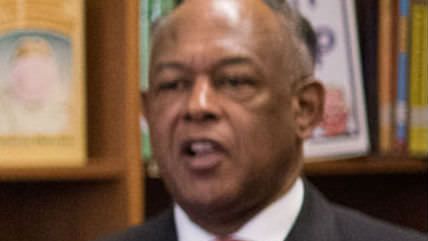 It was said of Charles de Gaulle that while he loved France, the French people left him cold. One has to wonder if something like that might apply to Richmond Mayor Dwight Jones.

Jones has spoken eloquently about the need to alleviate poverty — or, as he put it, "promote economic parity and social justice." He empaneled a commission that studied the issue in depth, and produced a fat report. But when presented with real, live poor people, his administration not only has ignored their pleas for help but kicked them when they were down.

Last week residents of two trailer parks sued the city over what they call an illegal and racially discriminatory inspection program. The courts will have to sort out whether those claims have merit. But even if only half of the claims are true, anyone reading the complaint filed in federal district court will come away from it astonished at how city officials have behaved.

The plaintiffs in the case are almost all Latino, as are the lopsided majority of the city's trailer-park residents — even though Latinos make up less than 7 percent of the city's total population. According to the complaint, which is being brought on behalf of the plaintiffs by the Legal Aid Justice Center, the city started planning for a sweep of its trailer parks three years ago, and started going through them in the early spring of 2014. It cited numerous mobile homes for violations great and small — from bad wiring to "improperly built decks and porches."

You can argue this is legit, even if the mobile-home residents own the trailers. But it would be hard to argue that the city acted out of a sense of compassion or decency — not when its violation notices threatened recipients with condemnation, criminal prosecution and fines of $2,500 a day.

What's more, all of the violation notices were issued in English only, which guaranteed most of the recipients couldn't read them. And the notices did not simply demand that the owners fix the problems. Instead, they insisted on a report by a licensed engineer regarding any structural issues. As well as an engineer's approval for any changes to electrical systems. Any new windows or doors would have to be replaced only with duplicates made or approved by the original manufacturer.

All of which runs into big money fast. Despite the cost some of the residents got busy fixing what the city said needed fixing — not that it did them much good. Hector Estrada, a resident of Rudd's Trailer Park on Jeff Davis, spent more than $1,000 on electrical and porch repairs. Didn't matter — the city condemned his trailer anyway and threw him out on the street. Estrada wasn't alone. The city condemned several trailers, sometimes rendering families with young children homeless. That's just what happened to Alfonso Altamira-Rojas, along with his wife and four kids.

Nobody would ever mistake a run-down mobile home for Shangri-La. But at least it's something. How does making whole families homeless improve their situation?

The residents repeatedly asked the city for help. A coalition of residents asked to meet with Mayor Jones, but — according to the complaint — "the Mayor's office failed for months to schedule the requested meeting." A code-enforcement official eventually relented on the demand that an engineer sign off on electrical work, but refused to drop the same requirement for structural work because, allegedly, "the requirement was statutory." Yet he couldn't cite the statute, and nobody else could find it either. Another official insisted work be done by a "HUD-certified engineer." Apparently there is no such thing.

Representatives of the trailer-park residents repeatedly wrote to city officials. They offered a plan to rectify deficiencies. They asked the city to work with them by using federal and other funds — some specifically designated to help low-income residents fix up their homes — to assist with repairs, obtain matching grants from local philanthropies, and so on. The city's response? Stony silence.

Granted, this is only one side of the story. The mayor's spokeswoman declines to comment on pending litigation. But Reva Trammell, the city councilwoman whose 8th District includes several trailer parks, told WTVR the city is not trying to shut anyone down and is not discriminating against anyone: "We would be discriminating if we didn't go in there and do our job."

Maybe. And maybe this is the place to note that if the city finally has decided to do its job, it sure picked a strange place to start. The Department of Social Services — the subject of not one, but three separate and damning reports — is such a wreck that it lost dozens of case files, and at times even city police have been unable to get it to respond. The city finances are in such chaos that most of the turnaround team brought in to fix them has abandoned ship. The outside auditing firm brought in to help also has thrown up its hands and quit.

It's a heck of a note to see a city that can't get its own act together kicking some of its poorest residents out of the only homes they can probably afford because they aren't up to code. This from a government that still has not submitted a comprehensive financial report that was due — under state law — last November.

Jones, by the way, is a Baptist minister. Perhaps he should remove the logs from City Hall's eyes before he tries to pluck the motes from the eyes of the poor.

This article originally appeared in The Richmond Times-Dispatch.