Can Even the President Reverse the Destructive Trend Toward Occupational Licensing?

Restrictions on entering trades and professions are so bad that even the White House acknowledges the damage they do. 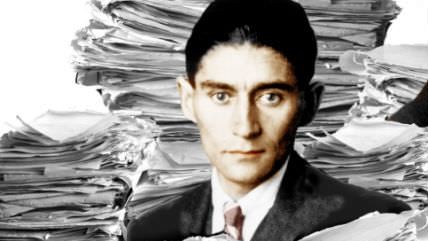 "By one estimate, licensing restrictions cost millions of jobs nationwide and raise consumer expenses by over one hundred billion dollars."

Who said that? Was it a free market think tank or a writer here at Reason? Nope. That line appeared in a report published on July 28 by the U.S. Department of Treasury, the U.S. Department of Labor, and the president's Council of Economic Advisers. That's right. The Obama administration, never before notably concerned about burdens on private enterprise and restrictions on consumer choice, took a high-profile moment to decry the spread of occupational licensing and the damage caused by requiring one-quarter of the country's workers to seek government permission before doing their jobs.

To add to the weirdness, the next day, the Arizona Registrar of Contractors issued a press release trumpeting the arrest of a man named Frank Marquez for "contracting without a license." Marquez, it turns out, was a desperado on the Registrar's "Most Wanted" list (yes, really) for "operating as an unlicensed entity working under various business names." Officials in the supposedly market-friendly state warn that "Unlicensed contractors can endanger the health, safety and welfare of the public."

Except that they don't. To be fair, the Registrar accused Marquez of "poor work and abandonment" – not qualities likely to earn him recommendations for new gigs. But as the federal report issued just a day earlier noted, "most research does not find that licensing improves quality or public health and safety."

In fact, there is "evidence from several professions and trades that indicates that restrictive licensing may lower received service quality," according to a 1981 study.

"[M]ore stringent occupational licensing of dentists does not lead to improved measured dental outcomes of patients, but is associated with higher prices of certain services, likely because there are fewer dentists," adds the University of Minnesota's Morris M. Kleiner, the author of a 2000 report on the matter.

Dentists don't get better when licensed. So, what is to be gained from inflicting paperwork requirements on cabinetry installers who might compete with Marquez?

"The White House report is, I think, an acknowledgement and ratification of what has become a widespread consensus in the policy community on the inanity of occupational licensing laws," Stephen Slivinski, Senior Research Fellow at the Center for the Study of Economic Liberty at Arizona State University and author of a 2015 report on occupational licensing cited by the White House document tells me.

"I'm certainly glad to have more adherents on our side," he adds. "And in some respects maybe this is a 'Nixon going to China' thing for President Obama. In any case, I think it's a signal that this is an important issue with solutions that can transcend party lines."

"Lower-income workers are less likely to be able to afford the tuition and lost wages associated with licensing's educational requirements, closing the door to many licensed jobs for them," cautions the federal report.

Arizona is among the states with lower rates of entrepreneurship, resulting in lower incomes, decreased opportunity, and fewer choices for consumers.

So why, in hell, would state officials effectively carpet bomb their own economies and then issue press releases boasting about their depredations?

Well… There are people who benefit from occupational licensing. The beneficiaries are the folks who successfully negotiate the licensing process and set up shop in fields with legal barriers to entry, meaning limits to competition that might make them work harder and earn less.

"[O]n average, licensed workers earn 28 percent more than unlicensed workers," notes the federal report. That's a huge payoff for licensed professionals and trades people who benefit from the red tape that trips up would-be competitors. It's also an incentive for established practitioners in unlicensed fields to seek regulatory regimes of their own, in search of that inflated payday.

The Arizona Registrar of Contractors and its counterparts elsewhere may mouth platitudes about "health, safety and welfare," but that's unlikely to be the true motivation in an age when researchers can find few benefits from occupational licensing.

"[S]ince a requirement to serve on an occupational regulatory board is expertise in that field," wrote the National Center for Policy Analysis's Courtney O'Sullivan in a 2011 article, "people already in a profession are in a position to decide who else to let in."

Press releases like the one about the unfortunate Mr. Marquez are likely intended less for public consumption than to assure contractors that their friends (and cronies) in government are on the job.

That sort of regulatory capture poses a major barrier to reforming occupational licensing. People's interest in boosting their own incomes and job security has expanded licensing from the one in 20 jobs covered in the 1950s to roughly one in four today. In return, consumers with little personal interest in researching the matter or battling against obscure regulations receive empty assurances about safety and standards, and higher bills.

"Most state occupational licensing boards don't usually end overbearing enforcement of these laws unless a court tells them to stop," admits Slivinski. "And state legislatures seem eager to create new licensing requirements for occupations that don't currently have them, based on the same hackneyed, but generally debunked, argument about the need for these laws to increase the health and safety of the public."

Arizona, says Slivinski, while worse than most in the breadth of its licensing requirements, is not unique in its enthusiastic enforcement of them. Despite copious evidence that occupational licensing reduces prosperity, damages entrepreneurialism, and restricts consumers' choices, licensing requirements are imposed and policed by people who personally benefit from their existence.

"[R]eforms at the state level may not come until there are more forceful nudges from the federal government," the Arizona researcher adds.

So, unlikely as the White House report may seem, we have good reason to hope that it's sincere, and an actual "Nixon going to China," moment. That may be the only hope we have for freeing our economy, opening new jobs and businesses to those climbing the economic ladder, and extracting the sticky fingers of politically connected cronies from our wallets.