Steve Forbes on Donald Trump, Hillary Clinton, and Why Capitalism Means You Can Still Sell Stuff to the People You Hate

Q&A with the longtime publisher and former presidential candidate. 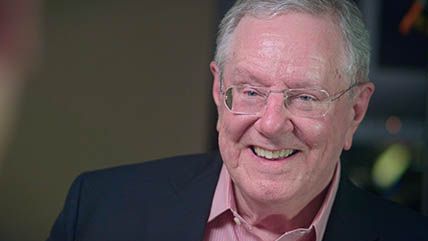 This story was published on July 24, 2015. Here's the original writeup:

"Markets are always portrayed as cold," says former presidential candidate and Forbes Media Chairman Steve Forbes. "Where, as you know, free markets are quite the opposite. They bring about cooperation, they break down barriers, they succeed by meeting the needs and wants of others. You may not love your neighbor but you want to sell to your neighbor."

Forbes sat down with Reason TV Editor-in-Chief Nick Gillespie while at FreedomFest 2015 to discuss the presidential field, the candidates' proposed tax plans, Hillary Clinton's venerability, and the continued popularity of Donald Trump.