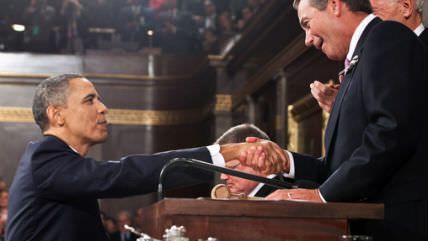 Brickbat: Life Goes on Day After Day
By Charles Oliver

No, American Taxpayers Shouldn't 'Compensate' Israel for the Iran Deal
The Obama administration, of course, is amenable.
By Sheldon Richman

Martin O'Malley: Unknown but Not Implausible
He may not be polling well, but the Democratic candidate made a good impression in Iowa.
By Steve Chapman