Magazine should take the blame, not Emily Renda. 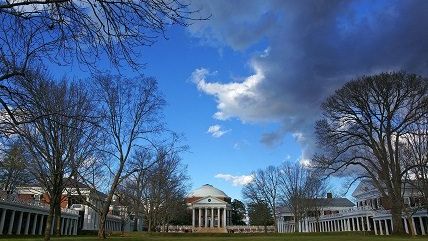 Some media reports are making a big deal out of the fact that Emily Renda—a member of President Obama's White House Task Force to Protect Students from Sexual Assault —was the person who set up the initial, ill-fated meeting between Rolling Stone contributor Sabrina Rubin Erdely and false accuser Jackie.

IJ Review originally* chose the headline, "A Revealing New Fact Just Uncovered in Rolling Stone's Gang Rape Article on the U. of Virginia," and wrote:

Rolling Stone magazine has confirmed that a former University of Virginia sexual assault victim with ties to the Obama administration was responsible for connecting author Sabrina Rubin Erdely with the "Jackie," the student who later became the subject of the magazine's now-retracted story about gang rape.

That fact may or may not be revealing, but it certainly isn't "new." Indeed, it was already widely known. The Columbia Journalism Review's major investigation of what went wrong with the UVA story notes—in its very first sentence, no less—that Renda introduced Erdely to Jackie. That report was published on April 5. The details of Renda's involvement were known to many reporters who had closely examined the story even before then.

Those who wish to ascribe significance to Renda's involvement can point to the fact that she is casually linked with the Department of Education's Office for Civil Rights. Catherine Lhamon, assistant secretary of OCR and architect of the Title IX inquisition, attended the same White House meetings as Renda. But while federal intervention into the campus rape crisis has certainly ginned up hysteria and led many in the media to uncritically report distortions, it would be improper to hold up this specific connection between the White House, Renda, and Rolling Stone as evidence of some conspiracy.

The more interesting aspect of Renda's involvement is that Rolling Stone's lawyers are now citing her as evidence that UVA had faith in Jackie's story. Renda was a recent graduate and employee of UVA, and the fact that she recommended Jackie to Erdely amounts to a tacit endorsement, Rolling Stone's lawyers have claimed in response to Nicole Eramo's lawsuit.

Eramo is a university employee as well—her suit contends the magazine recklessly, unfairly maligned her. In that sense, I can see why Rolling Stone would want to play up Renda's role in the ordeal.

And yet, this argument is fundamentally weak. It wasn't Renda's job to fact-check Jackie's story, it was Erdely's. Even the most cursory verification effort would have exposed the lie; all Rolling Stone had to do was press Jackie harder for the names of her assailants. (Erdely eventually did this—after the story was already published—and indeed produced a name that revealed Jackie as a fabulist.)

Perhaps Renda can be accused of gullibility—for listening to such an incredible story, and believing it—but that's all. And even that accusation is weak, since Jackie is known to have changed the details in subsequent retellings. The version she told Renda might have been more plausible than the one she eventually told Erdely.

Rolling Stone has every right to lay some of the blame for this debacle on Jackie. The rest belongs to the magazine's writers and editors—not Renda.

*IJ Review corrected its headline after I pointed this out.