"I don't want to have anything to do with it," says Johnson. "It embarrasses me." 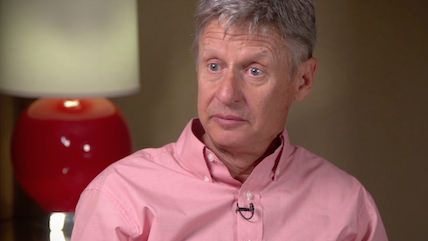 Donald Trump "is appealing to a segment I'll just label racist," says Gary Johnson, a former two-term Republican governor of New Mexico and the 2012 Libertarian Party presidential candidate. "It exists and it's out there."

"I don't want to have anything to do with it," says Johnson.  "It embarrasses me. The electorate will paint the entire Republican Party with a broad brush as a result of Trump and it won't be positive."

A longer interview with Johnson will run tomorrow, covering his views of the rest of the GOP field and Hillary Clinton, his take on domestic and foreign policy, the future of the drug war, and more.