Graham thinks Trump's an "economic genius," but his ideas on immigration aren't even economically literate. 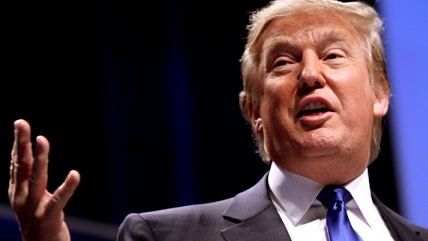 While the prospect of immigration reform has more or less died in Congress for the remainder of President Obama's term, it's still a hot button issue in the burgeoning presidential campaign, at least on the Republican side. Democratic candidates, such as they are, have largely focused on sharpening their rhetoric on economic populism. Opposition to illegal immigration, and to the kinds of immigration reform that would make it easier for immigrants to enter the country legally, however, has, as in previous cycles, animated the Republican side.

In the speech announcing his candidacy a couple of weeks ago, Trump turned up that anti-immigration rhetoric to 11. That immigrants, especially illegal ones, tend to bring crime with them is a common, if inaccurate, trope on the right. In his announcement, Trump painted Mexican immigrants as being "sent" by Mexico, and that Mexico was "sending people that have lots of problems, and they're bringing those problems with us. They're bringing drugs. They're bringing crime. They're rapists." Trump added that he "assumed" some of the immigrants were "good people." His comments led to several companies, including NBC and Macy's, severing ties with Trump.

NewsCorp's executive chairman, Rupert Murdoch, "considered a conservative kingmaker as the man behind Fox News" according to CNN, weighed in:

"Mexican immigrants, as with all immigrants, have much lower crime rate than native born," Murdoch wrote on a verified Twitter account. He cited El Paso as one of the safest cities, and added, "Trump wrong."

A lot of research backs up the assertion that immigrants have lower crime rates, but it's not one accepted by a lot of Republican candidates. Few, however, are as willing as Trump to push the idea that immigrants are criminals so directly.

"Well, I think he said something that has brought people who are frustrated about our immigration system to light, but he also said it in a way that's going to kill my party," Graham said in an interview with CNN on Friday. "I would prefer that Donald Trump bring his economic genius and his talents to the table in a more constructive way," he added, noting the billionaire's charity efforts with military veterans and their families.

But the case against immigration isn't economically sound either. Immigration is good for the economy. 93 percent of adult male illegal immigrants participated in the workforce in 2009 and 86 percent of adult male legal immigrants did, compared to 81 percent for American-born adult males. The economic contributions of immigrants far outweigh the fiscal costs. It doesn't take an "economic genius" to understand that, just an economic literate. There's not too many of those running for president, either.